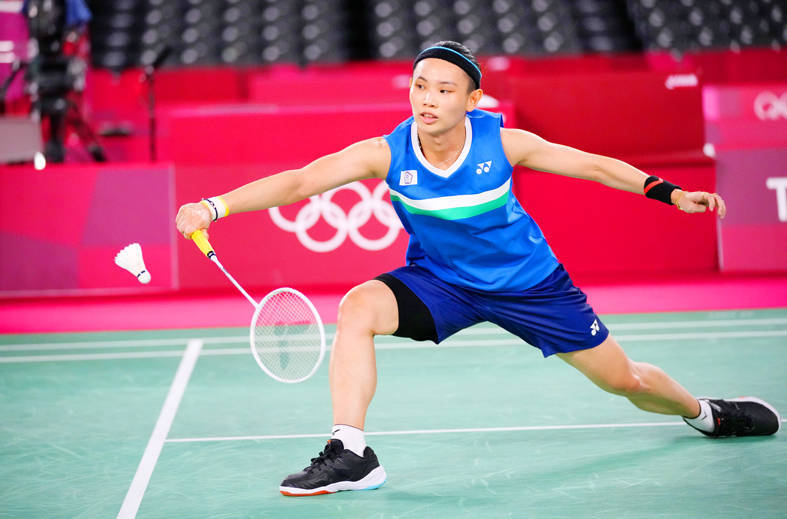 Taiwanese badminton player Tai Tzu-ying yesterday tried to coast through her second group match at the Olympic Games, but got a bit of a scare against a Vietnamese ranked 49th in the world before righting the ship and prevailing.

World No. 1 Tai defeated Nguyen Thuy Linh 21-16, 21-11 in her second match in Group P, moving her one win away from a spot in the women’s singles quarter-finals.

Playing somewhat nonchalantly at the start of the match, Tai could not shake off the consistent Vietnamese, making several unforced errors.

Down 16-14 and in danger of letting the first game get away, Tai sped up the pace of the points and went on the attack, winning the final seven points against her tiring opponent.

That momentum carried over to the second game, when Tai was never troubled.

The world No. 1 is competing in her third consecutive Olympics and is hoping to win a medal for the first time.

The three-time All England Open winner would need to tighten her game if she is to beat world No. 2 Chen Yu Fei of China, who on Sunday decimated an opponent in about 20 minutes.

Tokyo could be Tai’s last shot at an Olympic gold, as the 27-year-old, who began training professionally when she was in grade three of primary school, has hinted that she might retire after the Games.

Earlier in the men’s doubles, Lee Yang and Wang Chi-lin crushed their British opponents, earning their first win at the Games.

In the men’s doubles, 16 teams have been divided into four groups, with only the top two of each group qualifying for the quarter-finals.

The Taiwanese duo lost to India’s Satwiksairaj Rankireddy and Chirag Shetty in their first match on Saturday.

In the final group match today they face world No. 1 pairing Marcus Fernaldi Gideon and Kevin Sanjaya Sukamuljo of Indonesia, who yesterday thrashed the Indian duo 21-13, 21-12.

“We couldn’t find a way to win,” Rankireddy said of the match.

The Taiwanese duo will likely have to beat the Indonesians to advance, with the Indian pairing facing Vendy and Lane in their final group match.