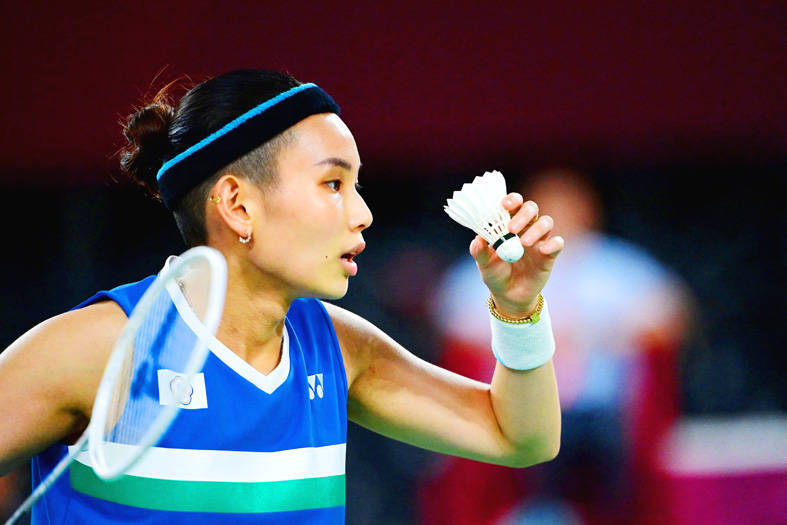 Taiwan’s Tai Tzu-ying said that she will have to cut out the mistakes if she is to make an impact at the Tokyo Olympics and will only begin to think about the threat posed by China’s Chen Yufei if they both make the final of the women’s singles.

World No. 1 Tai looked good in winning the opening game of her first match against Switzerland’s Sabrina Jaquet 21-7, but was less tidy in the second, allowing her opponent, ranked 45 places below her, to pick up 13 points before Tai secured the win.

“I need to reduce the number of mistakes I make and try to get into the rhythm of the match faster... I can’t control my mistakes,” Tai said after the Group P match at the Musashino Forest Sport Plaza in Tokyo.

“I don’t perform very well, especially during the Olympics, so I hope that this time around I can improve,” she said.

Tai needs to tighten her game if she is to defeat world No. 2 Chen.

“I’m not worried about that [Chen] for the moment because based on the group matches, I need to go to the final to be able to meet her,” Tai said.

Tai has enjoyed plenty of international success, becoming world No. 1 in 2016, winning the All England Open title three times and was a gold medalist at the 2018 Asian Games.

However, things have been different on the biggest stage of all, with Tai coming away from the London and Rio de Janeiro Olympics empty-handed.

And despite being only 27, Tokyo might be her last chance, as she has hinted she will retire after the Games.

The others representing Taiwan in badminton in Tokyo are: Lee Yang and Wang Chi-lin, who lost 16-21, 21-16, 25-27 in 69 minutes in the men’s doubles against Satwiksairaj Rankireddy and Chirag Shetty of India in Group A; Wang Tzu-wei, who beat Niluka Karunaratne of Sri Lanka 21-12, 21-15 in Group F of the men’s singles; and Chou Tien-chen, who faces Felix Burestedt of Sweden in the men’s singles today.