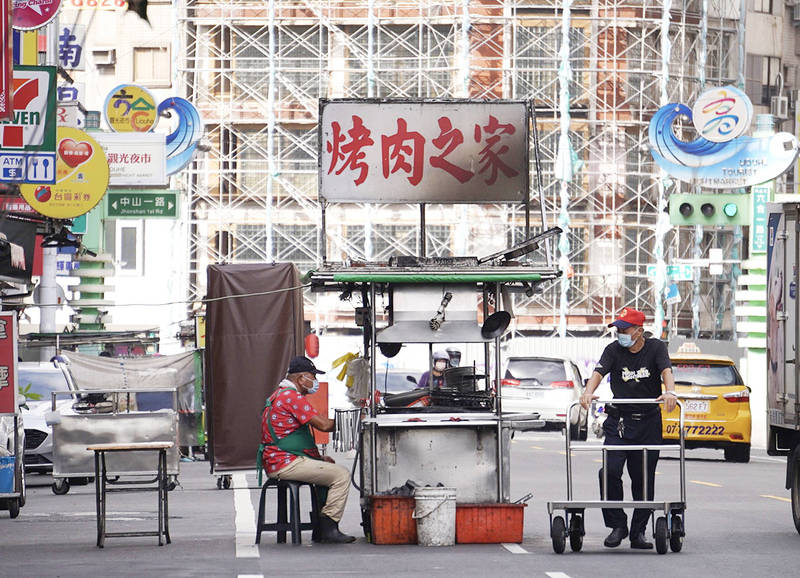 The Taiwan Institute of Economic Research （TIER, 台灣經濟研究院） yesterday raised its forecast for Taiwan’s GDP growth this year to 5.4 percent, as exports and private investment fare stronger than expected amid an improving global economy.

The revision represented a pickup of 0.37 percentage points from its projection in April, the Taipei-based think tank said.

“Exports will thrive for the rest of this year, while private investment remains healthy, thanks to the effort of local companies to upgrade and expand to maintain their global technology leadership and meet customer needs,” TIER president Chang Chien-yi （張建一） told an online news conference.

While consumer spending has been hit hard by the COVID-19 outbreak, the manufacturing industry is faring well due to effective virus control, the economist said.

Exports of electronics and non-tech products have benefited from countries reopening their economies, Chang said.

Although the rapid spread of the Delta strain of SARS-CoV-2 poses uncertainty, major economies have reopened, aided by vaccinations, which have helped ease symptoms and deaths.

Exports and imports of both goods and services are now forecast to expand 14.03 percent and 14.72 percent this year, much faster than its earlier estimate of 5.64 percent and 4.97 percent gains respectively, the TIER report showed.

Private investment, another main growth driver this year, is expected to grow 8.8 percent, from its previous forecast of 5.02 , after major technology firms — suppliers of chips, passive components, flat panels, printed circuit boards and others — revised up capital expenditure, encouraged by brighter business prospects.

Domestically, consumer spending is forecast to increase 2.84 percent, softening by 1.51 percentage points, due to the headwinds linked to the outbreak, Chang said.

However, the situation might turn around once the government keeps the outbreak at bay and introduces stimulus measures to energize consumer activity, Chang said.

The easing to a level 2 alert next week might help restore consumer confidence, but more measures are needed to return it to normal, he said.

The government is contemplating distributing consumer vouchers and other measures when it is safe for spending and gatherings, Chang said.

The outbreak is taking a toll on business sentiment across sectors, a separate TIER survey found.

The confidence gauge for the manufacturing industry last month shed 1.19 points to 103.79, while the readings for service providers and construction sectors weakened by 5.46 points and 1.74 points to 91.9 and 101.34 respectively, it said.

The outbreak has made some firms cautious or conservative about the business outlook in the coming six months, it said.