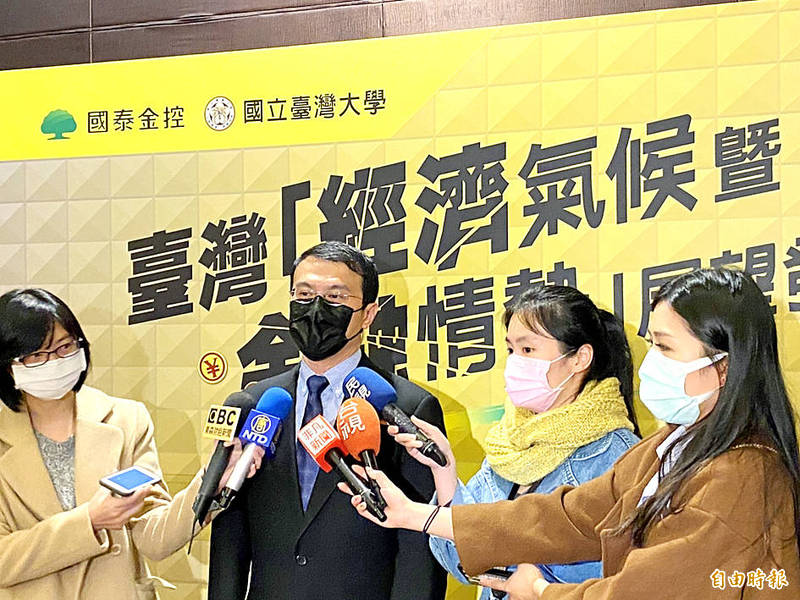 Taiwan’s real GDP is expected to fall 1.9 percent quarter-on-quarter this quarter due to weak consumption, which would be the first quarterly GDP decrease since a dip of 0.81 percent in the second quarter of last year, Cathay Financial Holding Co （國泰金控） said yesterday.

Even a slight dip in private consumption would take a toll on the local economy, as it is an important pillar, Hsu said.

Nominal private consumption was about NT$9.6 trillion （US$342.78 billion） last year, accounting for 48 percent of the nation’s GDP of NT$19.76 trillion, Directorate-General of Budget, Accounting and Statistics （DGBAS） data showed.

“The pandemic has cast a shadow over private consumption for half of the second quarter, but exports, which hit a record at US$37.4 billion last month, have cushioned the impact, or the quarterly decrease might be more severe,” Hsu said.

Consumption could regain momentum in September at the earliest if the outbreak is contained, in which case real GDP growth would return to positive territory with a quarterly rise of 0.8 percent, he said.

“We assumed that the level 3 alert would end on June 28 when we ran the prediction model, but the government today announced an extension to July 12, so consumption recovery might be delayed further,” Hsu said, adding that consumption would not immediately rebound as people would initially be conservative.

Moreover, consumption will not fully recover if vaccination rates are low, but it is difficult to forecast when the vaccination rate in Taiwan would reach 60 percent, an estimated threshold for herd immunity, he said.

Due to the disruption in the second quarter and part of the third quarter, Cathay Financial revised downward its forecast for the annual increase of private consumption to 2.39 percent for the whole of this year from 3.63 percent projected in March, he said.

On a year-on-year basis, real GDP growth is predicted to rise 5 percent, compared with an annual rise of 8.92 percent in the first quarter, Hsu said.

Annual GDP growth is estimated to be 7 percent for the first half of this year, but it would slow to 3 percent in the second half in light of a high comparison base and virus disruptions, he said.

Cathay Financial revised upward its forecast for GDP growth for the whole year to 5 percent from 4.2 percent projected in March on the back of stronger-than-expected exports, Hsu said, adding that this year’s real GDP growth might reach 6 percent if there is no virus surge.

Overall, it is likely that real GDP growth would be higher than last year’s 3.12 percent, he said.