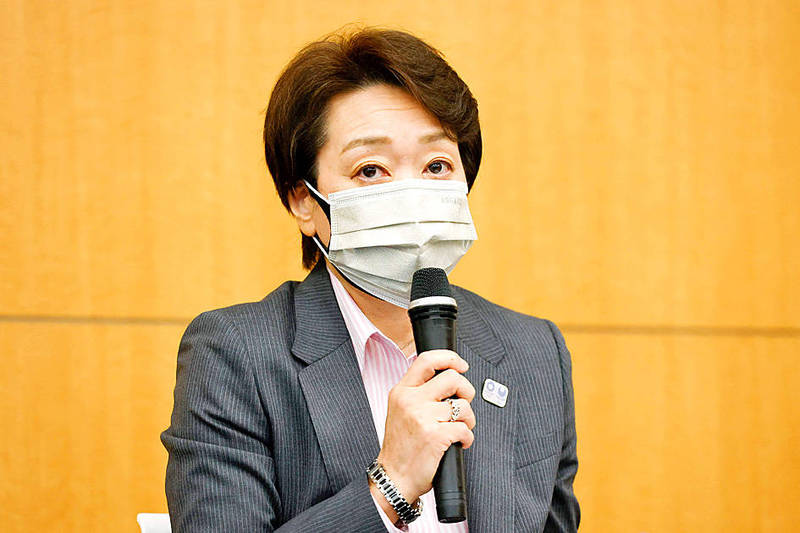 Up to 10,000 fans are to be allowed at events at the Tokyo Olympics, organizers said yesterday, adding that the Games could be moved behind closed doors if COVID-19 infections surge.

The decision, just weeks before the opening ceremony, ends months of speculation about whether domestic spectators would be able to attend the Games. Overseas fans were banned in March.

A lottery is to determine which existing holders of tickets can attend a Games that would be unlike any other, with cheering banned, masks mandatory and fans told to go straight home after events.

“In light of the government’s restrictions on public events, the spectator limit for the Olympic Games will be set at 50 percent of venue capacity, up to a maximum of 10,000 people in all venues,” organizers said in a statement.

A decision on spectators at the Paralympics has been delayed until July 16, a week before the Olympics open.

Officials left open the possibility of a reversal of policy if COVID-19 infections rebound. Tokyo was under a state of emergency until Sunday.

“If there should be major dramatic change in the infection situation, we may need to revisit this matter among ourselves and we may need to consider the option of having no spectators in the venues,” Tokyo Governor Yuriko Koike said.

Senior medical experts, including top advisers to the government, have said holding the Games behind closed doors would be “ideal” from a health perspective.

They fear crowds of fans could fuel a new surge in infections in a nation still racing to vaccinate its residents.

Organizers said that it was unlikely that negative COVID-19 tests would be required to attend.

International Olympic Committee president Thomas Bach, speaking before the announcement, said that he was “absolutely sure that it will be a decision to best protect the Japanese people and all participants.”

There is some wiggle room on the cap, with organizers allowing sponsors and others dubbed “stakeholders” to attend above the 10,000 limit.

They said those spectators would travel separately from the public and pose less of a risk, but declined to specify how many people would come under that group.

Schoolchildren invited as part of a special program also would not count toward the cap.

Organizers say strict rules would keep both athletes and the public safe, and Bach said that “well over” 80 percent of people staying in the Olympic Village would be vaccinated.

In a taste of the complexities ahead, a coach on Uganda’s Olympic squad tested positive on arrival in Japan on Saturday.

The team had reportedly been vaccinated and would have had to test negative before traveling.