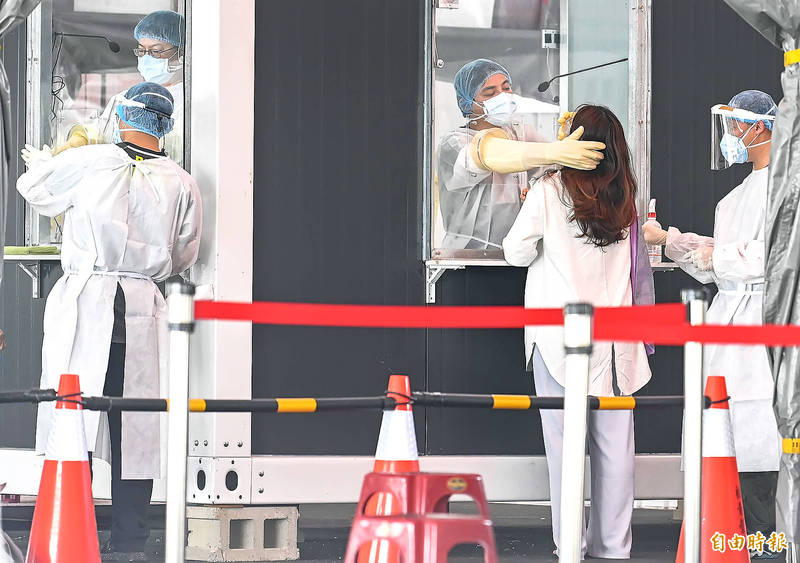 Minister of Health and Welfare Chen Shih-chung （陳時中）, who heads the center, said the local infections are 57 males and 50 females, from under the age of five to over 100, and they began experiencing symptoms from June 4 to Saturday.

The majority of them were reported in New Taipei City, with 44 cases, followed by Taipei with 31, Taoyuan with 16, Taichung with six, Hsinchu County with four, Miaoli County with three, and Keelung, and Changhua and Yilan counties with one case each, he said.

The 11 deaths consist of six men and five women in their 40s to 90s, all of whom had underlying health conditions, CECC data showed.

One was a woman in her 40s, who tested positive along with four family members, he said, adding that she was hospitalized from late last month to last week and required intubation and invasive ventilation, but died of respiratory failure and gastrointestinal bleeding.

The other was a man in his 50s, who had chronic renal failure and was on peritoneal dialysis, Lo said, adding that he also had diabetes, hypertension and had had a heart attack.

He tested positive earlier this month, but died of kidney disease and pneumonia, Lo said.

He said that about half of those who had died began experiencing symptoms or were diagnosed with COVID-19 last month, so more deaths are expected to be reported this week, but as the case count has declined significantly this month, the number of deaths from COVID-19 is expected to drop.

The CECC has no plans to lower the level 3 COVID-19 alert, as the situation does yet not meet the standards for a level 2 alert, Chen said, adding that as the vaccination coverage rate is still relatively low, relaxing the alert level could result in a rebound in cases.

However, he said that the center would consider loosening some restrictions, such as reopening some venues in low-risk areas if social distancing and a mask mandate can be strictly implemented.

The options would be discussed among ministries and with local governments, he added.