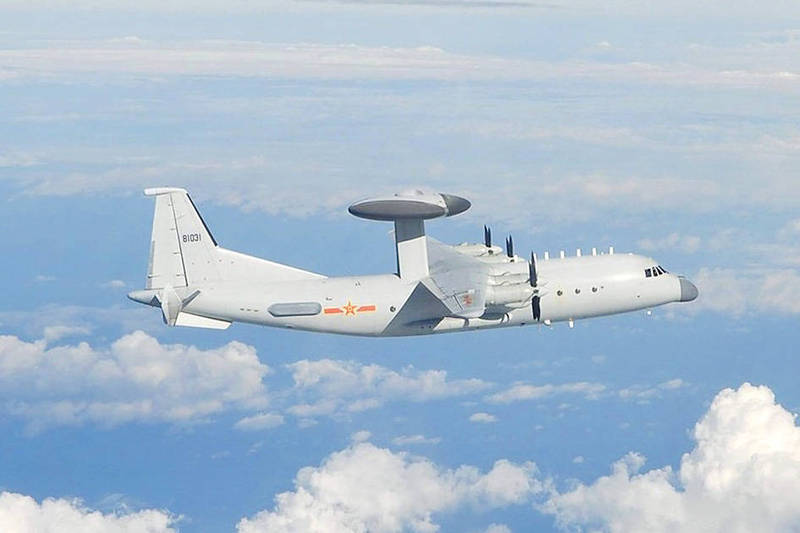 CHINESE AGRESSION: Since the US and Japan endorsed ‘peace and stability across the Taiwan Strait’ in an April statement, many global bodies have backed the phrase

A joint statement by the EU and the US on Tuesday underscored the “importance of peace and stability across the Taiwan Strait,” while China sent a different message, as 28 of its warplanes entered Taiwan’s air defense identification zone （ADIZ）.

Since US President Joe Biden and Japanese Prime Minister Yoshihide Suga said in a joint statement in April: “We underscore the importance of peace and stability across the Taiwan Strait,” the phrase has been endorsed in statements by the US and South Korea, the European Council and Japan, the G7 leaders and foreign ministers, and Japan and Australia.

It was the first EU-US summit since 2014 and the first visit by a US president to the EU institutions since 2017, the European Council said.

The leaders pledged to help each other support democracy around the world, tackle disinformation and protect the human rights of all people, but also said that they should be able to work with China in certain areas.

“We intend to closely consult and cooperate on the full range of issues in the framework of our respective similar multifaceted approaches to China, which include elements of cooperation, competition and systemic rivalry,” the statement read.

“We intend to continue coordinating on our shared concerns, including ongoing human rights violations in Xinjiang and Tibet,” it said.

“We underscore the importance of peace and stability across the Taiwan Strait, and encourage the peaceful resolution of cross-strait issues,” it added.

“We intend to work together with our partners for a free and open Indo-Pacific, which is inclusive, based on the rule of law and democratic values, and will contribute to the security and sustainable development of the region,” it said.

In Taipei, the Ministry of Foreign Affairs welcomed the statement.

The ministry said in a news release that it was glad to see many important democratic partners from around the world continue to focus on peace and stability across the Taiwan Strait, which has been “deliberately” undermined by one side.

The ministry urged the Chinese government to immediately stop any military threats and provocations toward Taiwan.

The ministry would continue to deepen alliances with the US, Japan, the EU and other like-minded partners through the Global Cooperation and Training Framework, it said, while echoing the Western leaders’ commitment to defend democracy, a rules-based international order and stability in the Indo-Pacific region.

On Tuesday, 28 aircraft of the Chinese People’s Liberation Army were found to have entered Taiwan’s ADIZ south of the median line of the Strait, Ministry of National Defense data showed.

The number was a single-day record since the defense ministry started publishing such data in September last year.

Meanwhile, speaking at the ASEAN defense ministers’ meeting yesterday, Japanese Minister of Defense Nobuo Kishi said that peace and stability in the Strait has importance for the global community.

Japan’s stance that the two sides of the Strait should arrive at a peaceful solution through direct dialogue has not changed, the Japanese-language Sankei Shimbun reported yesterday.

Commenting on a Chinese coast guard law that took effect in February, Kishi said that regulations in the law that cover sea zones and the right to use arms were vague and went against the spirit of China integrating its laws with international law.

Separately, a draft version of the Japanese Ministry of Defense’s 2021 National Defense White Paper for the first time said: “The stability of the Taiwan situation is of utmost importance to our national security and the stability of the international community,” the Japanese-language Asahi Shimbun reported.

China’s growing military budget — four times that of Japan at about US$180 billion — presents “strong concerns for the security and safety of regions, including our country, and that of the international community,” it said.

Japan must watch closely the US’ global military strategy in the transition from former US president Donald Trump to Biden, the newspaper said, adding that the US-China arms race, especially in terms of technology, could be ramping up.