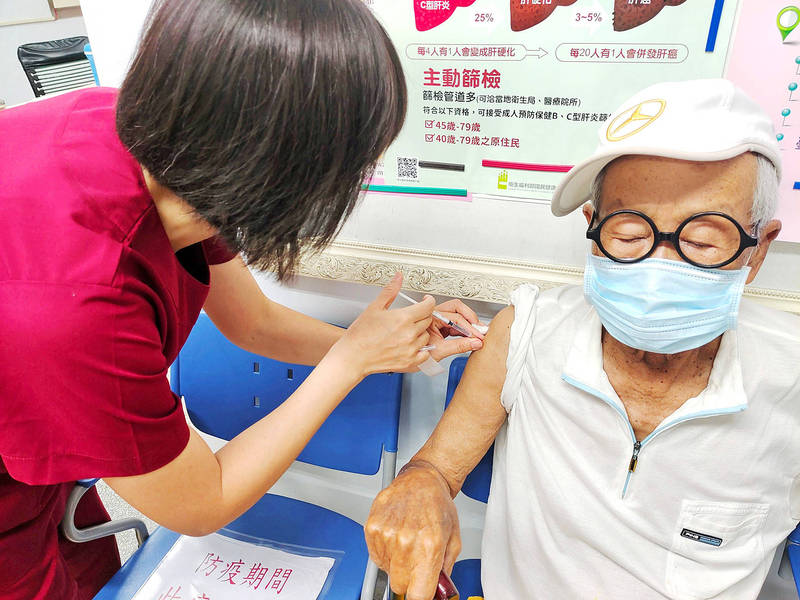 Veteran actor Chen Bing-nan receives an AstraZeneca COVID-19 vaccination at Luye Township Health Center in Taitung County on Tuesday. Chen later reported that he had a slight fever yesterday morning, but had recovered by midday. Photo courtesy of Chen Bing-nan via CNA

The Ministry of Foreign Affairs yesterday thanked Prague Mayor Zdenek Hrib for urging the Czech government to help Taiwan with COVID-19 vaccine supplies, after Hrib, known for his defiance of Beijing, on Tuesday wrote on Twitter that he was sorry to witness the latest developments of the outbreak in Taiwan.

“I am appalled that politics is obstructing the delivery of vaccines to Taiwan. Prague supports Taiwan and our sister city Taipei!” he wrote.

While the Czech Republic as recently as March was recording more than 15,000 cases a day and the whole nation was locked down, it has brought the pandemic under control, with its citizens now looking forward to enjoying the summer, the mayor said in a video accompanying his Twitter post.

The Czech Republic was once the nation hit hardest by the pandemic in Europe.

Despite having recorded 1,665,526 confirmed cases and 30,254 deaths, the nation with a population of 10.7 million has administered more than 6 million doses of vaccine, data from Reuters showed.

“Vaccination is the main way to get the epidemic under control,” Hrib said, adding that he has urged Czech Prime Minister Andrej Babis, health and diplomatic officials to organize vaccine deliveries for Taiwan.

Hrib has visited Taiwan several times, most recently in August last year when he came as part of a delegation led by Czech Senate President Milos Vystrcil.

After Japan and the US donated vaccines to Taiwan at difficult times, other international friends like the Prague mayor have also voiced support for Taiwan and the ministry expresses its sincere thanks for these precious friendships, Ou said in a statement yesterday.

“Virtue never stands alone: It is bound to have neighbors,” and Taiwan would continue to work with partners across the globe to fight the COVID-19 pandemic, she said.

The Czech Republic in April last year was the second nation after the US to issue a joint statement with Taiwan on partnering against COVID-19, including research and development of rapid test kits, vaccines and medicines.

The government in April last year donated millions of masks to European nations, including the Czech Republic.

The government also donated a mask production line to the Czech government, which arrived in the nation in February. 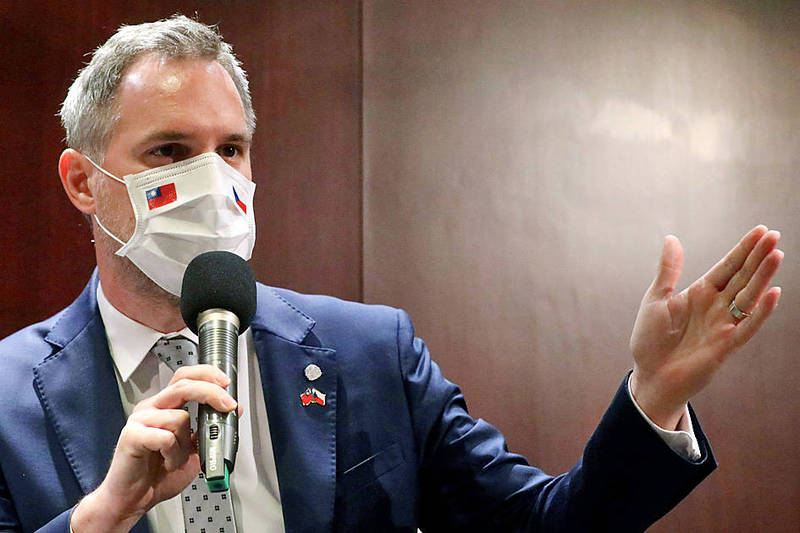