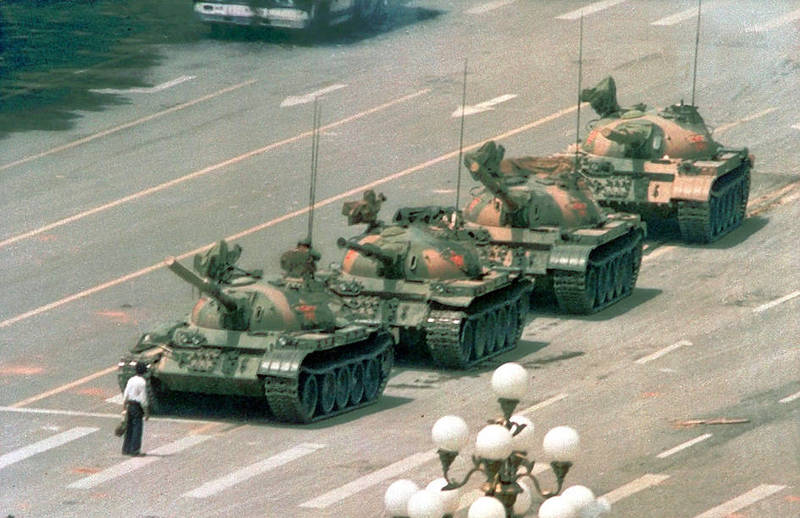 A man stands in front of a column of tanks at Tiananmen Square, Beijing, on June 5, 1989.  Photo: AP

Microsoft Corp has blamed human error after its search engine, Bing, blocked image and video results for the phrase “tank man” — a reference to the iconic image of a lone protester facing down tanks during the 1989 protests in Tiananmen Square — on the 32nd anniversary of the military crackdown.

Users reported that no results were shown for the search query in countries including France, Germany, Singapore, Switzerland and the US, according to Reuters and Vice News.

References to the pro-democracy protest movement have long been censored in China, where the government maintains strict control over the Internet, but the censorship by Bing extended to users outside China’s “great firewall.”

Microsoft said the issue was “due to an accidental human error and we are actively working to resolve this.”

Smaller search engines, such as DuckDuckGo, that license results from Microsoft faced similar issues around “tank man” searches and said they expected a fix soon.

Rival Google showed many results for the famous image when the “tank man” search was performed on Friday and yesterday.

The incident came amid China’s crackdown on Hong Kong, where it banned the Tiananmen Square anniversary vigil for the second year in a row, and growing concern over the extent to which China can exert economic pressure to enforce its censoriousness overseas.

Just last week, US actor John Cena made a public apology for referring to Taiwan as “a country,” an offense to China, which insists that Taiwan is not an independent state.

US-based tech companies have long struggled to balance their desire to operate in China’s enormous market with the censorship demands of the government.

Microsoft Bing is one of the few foreign search engines that are accessible in China, because the company has agreed to censor results for sensitive terms such as the Dalai Lama, Tiananmen Square or Falun Gong.

In 2016, the New York Times reported that Facebook was working on a secret tool that would allow a third party to censor the platform for Chinese users in exchange for Beijing allowing Facebook to operate within the country.