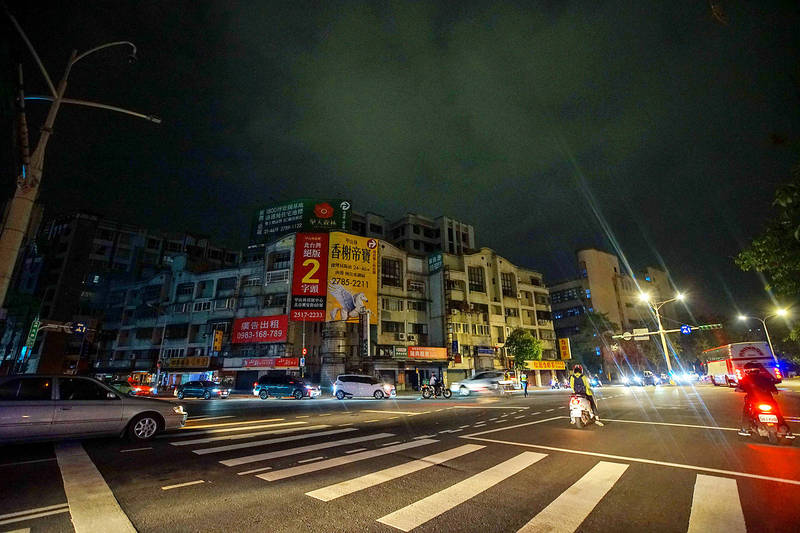 Vehicles drive past the intersection of Minquan E Road and Ruiguang Road in Taipei’s Neihu District at 9pm yesterday amid a rolling blackout in Taiwan. Photo: CNA

The state-run utility said that demand for electricity exceeded supply yesterday, while the No. 1 generator at the Singda Power Plant （興達電廠） in Kaohsiung’s Yongan District （永安） malfunctioned in the afternoon, adding extra pressure.

“Taipower apologizes for the inconvenience caused to the people affected,” company spokesman Chang Ting-shu （張廷抒） said. “We calculate our expected electricity needs based on historical demand, but yesterday’s demand was much higher and was not far from the all-time record.”

The sudden surge in electricity consumption due to most people staying home amid an increase in domestic COVID-19 infections was further skewed by the malfunction.

The power rationing started at 8:50pm on a rolling basis, 50 minutes at a time, with about 11 areas categorized as C and D zones in Taiwan likely to be affected, Taipower said.

The utility said it expected to resume power supply by 9.40pm.