《TAIPEI TIMES》 Taipei to offer testing to migrants without papers 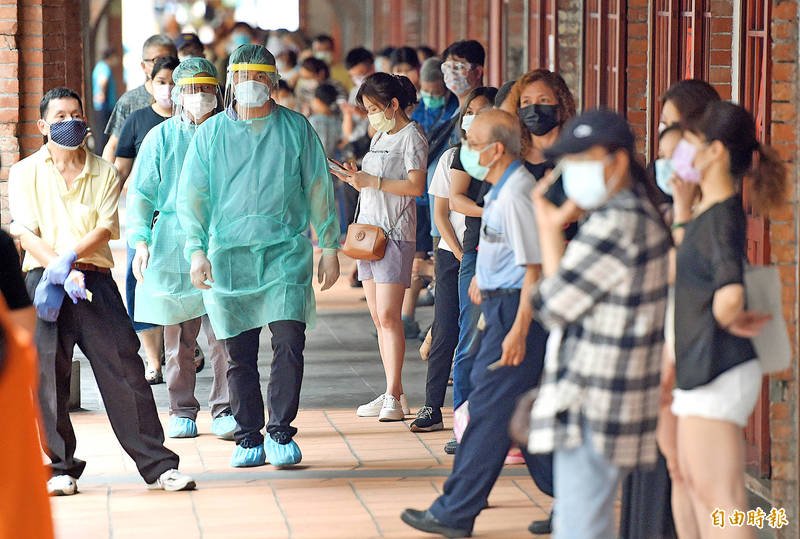 Migrant workers without valid residency documents would not be punished or deported if they take rapid COVID-19 tests at four testing sites soon to be set up in the capital, Taipei Mayor Ko Wen-je （柯文哲） told a news briefing yesterday.

The new measure is to encourage unlicensed migrant workers to get tested at a time when Taipei has been affected by COVID-19 cluster infections, especially in Wanhua District （萬華）, Ko said.

Despite describing the measure as an “amnesty,” Ko did not say what would happen to undocumented migrant workers after testing, for example whether it would result in any changes to their status in Taiwan.

There are about 50,000 undocumented migrant workers in Taiwan, Ko said, adding that the initiative is aimed at closing a loophole in the nation’s disease prevention framework.

Taipei would open four rapid testing stations in the Heping and Zhongxing branches of Taipei City Hospital, in West Garden Hospital, and at the Bopiliao Historic Block, he said.

The four facilities are either in or near the district, where a cluster of domestic infections linked to “hostess teahouses” has been reported.

Testing at the sites would also be available to people with upper respiratory tract symptoms, as well as employees and customers of the teahouses, homeless people, foreign spouses of Taiwanese, and underprivileged residents, Ko said.

The sites would offer quick tests and polymerase chain reaction （PCR） tests, for which results typically come back within two days, Ko said, adding that those who test positive would be offered treatment based on central government arrangements.

Taipei authorities have ordered all 172 hostess teahouses in Wanhua to shut down for three days for disinfection and to conduct contact tracing of confirmed cases.

In a separate news conference yesterday afternoon, Ko announced that the city’s public facilities and the “eight major special establishment categories” are to close today and stay closed until the COVID-19 situation eases.

These include dance venues, hostess and karaoke bars, and saunas, he said.

On Wednesdsay, New Taipei City Mayor Hou You-yi （侯友宜） ordered the temporary closure of venues of the eight categories in the city, as well as many of its public facilities, including cultural centers, libraries, community activity centers and gyms.

Venues and establishments including 396 public offices and schools, 54 department stores and shopping centers, and 12 retailers could apply for an exemption to the rule, the department said.