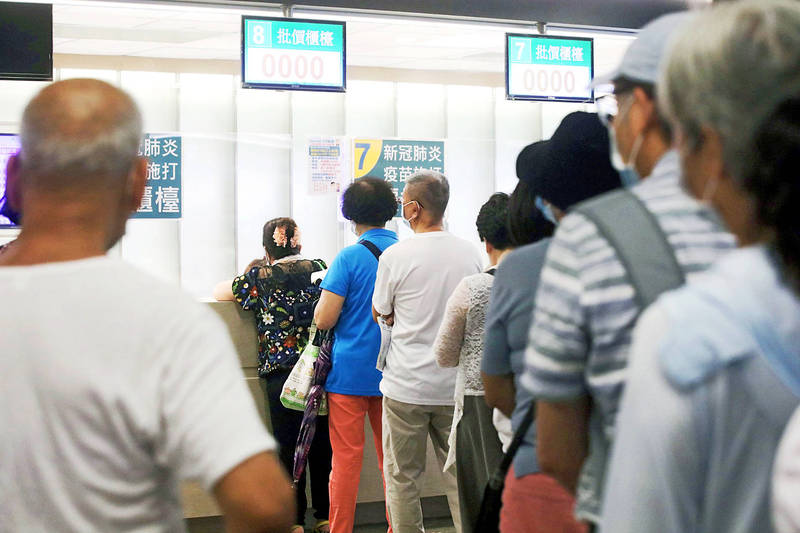 The central government alone is in charge of importing and approving the use of COVID-19 vaccines, Minister of Health and Welfare Chen Shih-chung （陳時中） yesterday told a media briefing in Taipei, responding to calls for the involvement of local governments in Taiwan’s vaccine drive.

Chen said that those companies must apply for licenses to import drugs with the Food and Drug Administration, which can allow imports of drugs pending approval.

“Drug imports must be based on the Pharmaceutical Affairs Act [藥事法], which allows emergency import if the drug has yet to secure relevant certificates. Local governments are not pharmaceutical companies, and they cannot import drugs,” he said.

Vaccine procurements are a national security issue, Chen said, adding that the import, production and use of vaccines is regulated by the central government.

This was to avoid confusion and chaos, he said, adding that countries around the world have similar rules in place.

As of yesterday, 129,669 people in Taiwan have received at least one dose of a COVID-19 vaccine produced by AstraZeneca, CECC data showed.

On Tuesday, 16,180 people received the jab, a new record for vaccination on a single day, it showed.

Centers for Disease Control （CDC） Deputy Director-General Chuang Jen-hsiang （莊人祥）, who is CECC spokesperson, said that two women, who are in their 40s, had severe side effects after being vaccinated.

One of them reported a swollen left cheek and pain in the left upper arm, while the other experienced visual impairment, Chuang said.

“So far, there has yet to be studies on the correlation of the AstraZeneca vaccine and visual impairments,” Chuang said, adding that the center would examine the reports.

“To contain the spread of the virus, contact tracing and testing should be conducted quickly. Those who are potentially infected might be in the incubation period or already infectious, and we want to quickly stop the virus from spreading,” he said. “Universal testing without specific purpose would only weaken our ability to contain the outbreak.”

In related news, National Security Bureau （NSB） special forces personnel responsible for protecting President Tsai Ing-wen （蔡英文） and Vice President William Lai （賴清德） have started receiving vaccines, a source in the military said on condition of anonymity, adding that all personnel would be fully vaccinated by the end of this month.