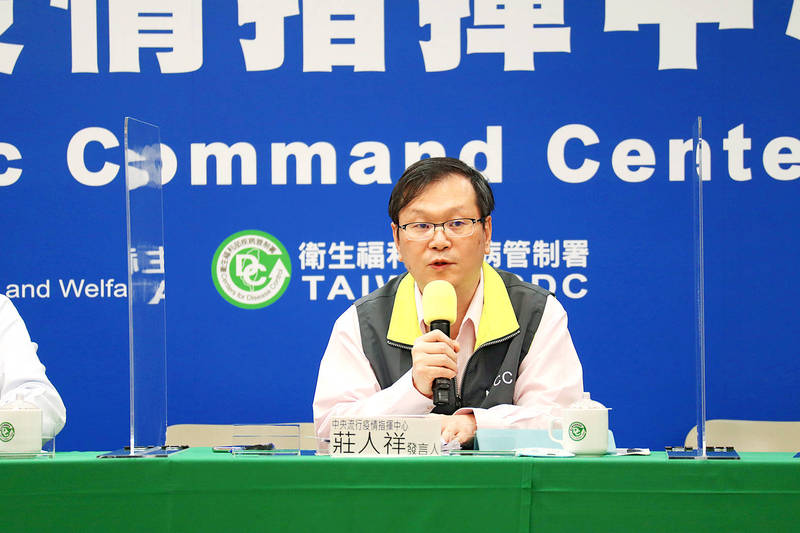 EVACUATION: Two diplomats arrived on a chartered flight arranged by their insurance firm, while 44 people, including three foreigners, arrived on a flight via Japan

Two Taiwanese diplomatic personnel infected with COVID-19 have returned from India for treatment, while 44 other people separately returned on a Japan Airlines flight, the Ministry of Foreign Affairs said yesterday.

The Taipei Economic and Cultural Center in India has reported six confirmed COVID-19 cases — two diplomats and four Indian employees — with one of them seriously ill.

The center’s deputy director-general is reportedly among the patients, although the ministry on Wednesday said it could not divulge the patients’ identities.

A chartered flight that carried the diplomats arrived in Taipei last night, the ministry said.

The two diplomats had medical insurance from a French company, which dispatched a chartered flight from Paris to New Delhi to take them to Taipei, accompanied by an Indian doctor, the Central News Agency reported.

The insurance is not covered by the ministry and the diplomats paid the yearly premiums of nearly NT$300,000 for their overseas medical emergency policies themselves, it said.

Centers for Disease Control Deputy Director-General Chuang Jen-hsiang （莊人祥）, who is the Central Epidemic Command Center’s spokesman, said that the flight was routed through Japan, as there are no direct flights between India and Taiwan.

Four of the passengers reported having experienced symptoms in the past 14 days and were tested for COVID-19 at the airport, while the others would be tested at centralized quarantine facilities, he said.

The ministry said it would continue to negotiate with tourism agencies and airlines to arrange charter flights for Taiwanese who want to return from India.

Half of 300 to 400 Taiwanese in India have returned due to the pandemic, local media reported.

More than 20 Taiwanese in India have been infected with COVID-19, while a 49-year-old man surnamed Yang （楊）, who was a manager at a technology company, died of the disease on Saturday last week, the ministry said.