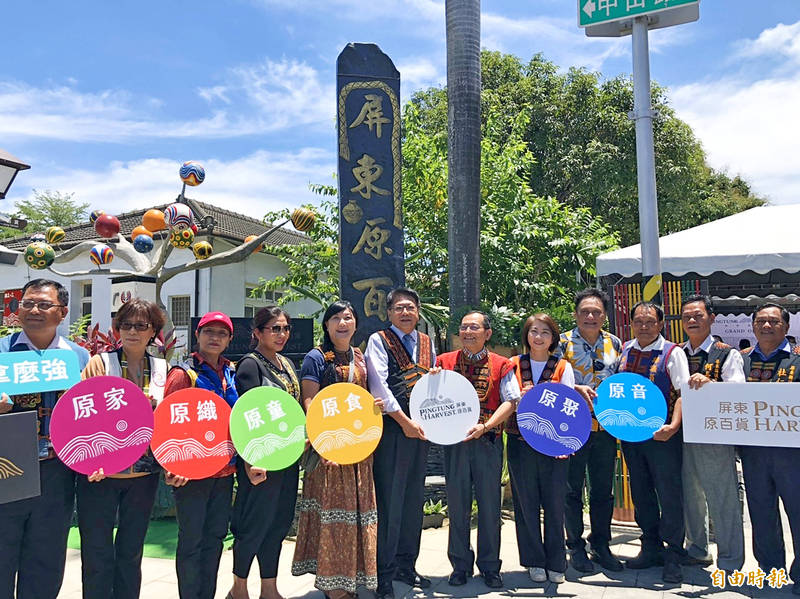 Government officials and Aboriginal community leaders yesterday celebrated the opening of a center in Pingtung City to showcase Aboriginal arts and culture.

“The Pingtung Harvest will become a landmark for Aboriginal enterprises, and its themed buildings will enable visitors to learn about Aboriginal cultures,” Pan said.

“It will be a gateway to Pingtung’s Aboriginal cultures, and showcase the every day lives of indigenous people,” he added.

The Pingtung Harvest is housed in six historic buildings in a former military dependents’ village, with each house showcasing an aspect of Aboriginal culture, such as food, music, textiles, children, home and village communities, the officials said.

Exhibitions would also highlight hand-woven clothing and Aboriginal furniture-making, they said, adding that guided tours would be offered.