《TAIPEI TIMES》 G7 leaders’ statement to back Taiwan’s WHO bid 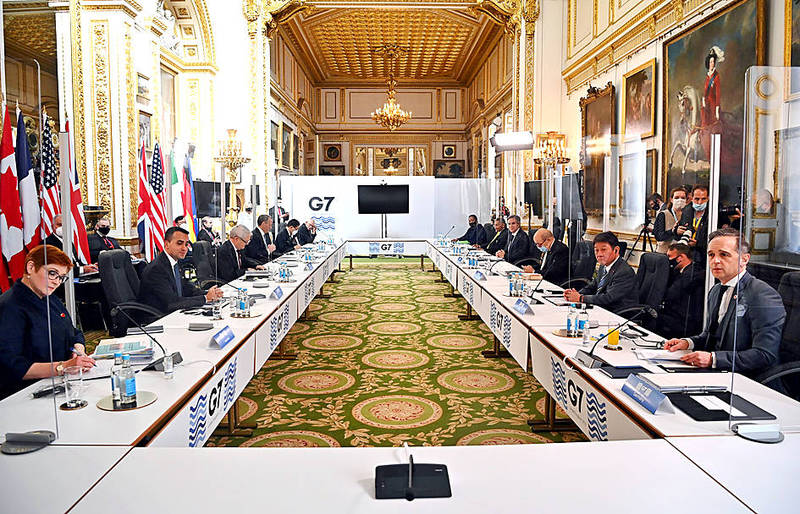 The joint statement to be issued after the G7 foreign ministers’ meeting is expected to include strong support for Taiwan’s participation in the WHO and other international organizations, a senior US Department of State official told Japanese media on Tuesday.

The Asahi Shimbun in a report yesterday quoted the unnamed official as saying that Taiwan’s participation would help other nations fight the COVID-19 pandemic.

“Not only does Taiwan have the right to participate, but it has a lot of experience that can help all of us in the fight against COVID-19,” the official said. “It would be self-defeating to exclude them.”

The report also quoted the official as saying that China dominated discussions during the second day of meetings on Tuesday.

“The China issue was the most important of the many important issues we had to discuss,” they said.

Human rights “are not a domestic issue; it is an issue that should be acted upon in accordance with the international obligations that China has signed,” they said, citing the Universal Declaration of Human Rights and other international covenants.

The G7 foreign ministers’ meeting was held in London from Monday to yesterday ahead of the main summit, which is to be held in Cornwall, England, from June 11 to 13.

It was the first in-person meeting of the G7 to be held since August 2019 in Biarritz, France.