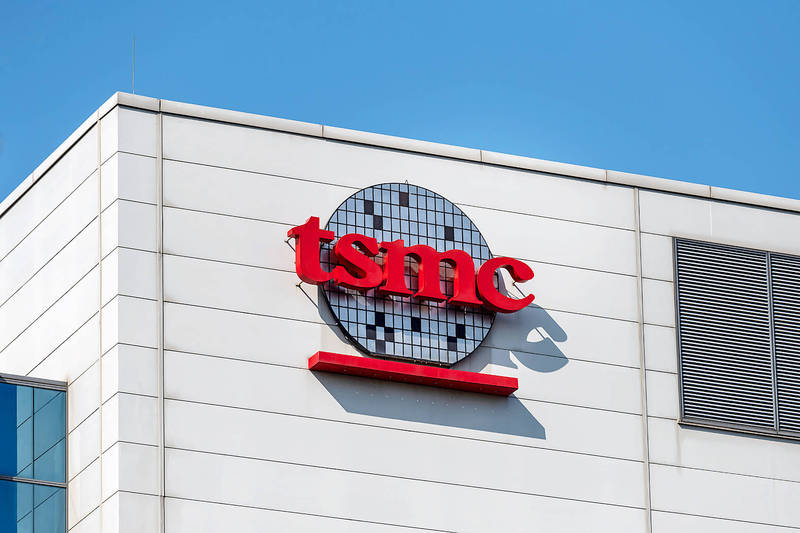 NEXT STEP? The contract chipmaker said it would decide whether to add more plants based on operation efficiency, cost economics and demand

Taiwan Semiconductor Manufacturing Co （TSMC, 台積電） is planning to build several more chipmaking fabs in the US state of Arizona beyond the one already planned, three people familiar with the matter said.

TSMC, the world’s largest contract chipmaker, announced in May last year that it would build a US$12 billion fab in Arizona.

The 12-inch wafer fab in Phoenix is expected to start mass production in 2024, the Investment Commission said in December, when it approved the plan.

Three sources familiar with the matter, speaking on condition of anonymity as they were not authorized to speak to the media, said that up to five additional fabs are being planned for Arizona.

The initial fab is relatively modest by industry standards, with a planned output of 20,000 wafers per month using the company’s most sophisticated 5-nanometer process technology.

It is not clear how much additional production capacity and investment the additional fabs might represent, and which process technology they would use.

TSMC last month said it planned to invest US$100 billion over the next three years to increase production capacity, although it did not give details.

One person with direct knowledge of the matter said that the expansion was in response to a request from the US, but declined to provide further details.

“The United States requested it. Internally TSMC is planning to build up to six fabs,” the person said, adding that it was not possible to give a timeframe.

US President Joe Biden’s administration is preparing to spend tens of billions of US dollars to support domestic chip manufacturing. Under existing legislation, foreign firms are eligible for those funds, but whether they will ultimately receive them is an open question.

A second person familiar with the plans said that TSMC had already made sure there was enough space for expansion when it obtained the land for the first fab.

“It’s so they can build six fabs,” the source said.

The third person, from a TSMC supplier involved in the Arizona project, said TSMC had told them the plan was to build a total of six fabs over the next three years.

Reuters was not able to independently confirm the timeframe.

TSMC referred to comments by CEO C.C. Wei （魏哲家） on an earnings call last month, saying that it was starting chip production in Arizona in 2024, deploying 5-nanometer technology to produce 20,000 wafers per month.

“We have acquired a large piece of land in Arizona to provide flexibility. So further expansion is possible, but we will ramp up to phase one first, then based on the operation efficiency and cost economics, and also the customers’ demand ... decide what the next steps” would be, the company said.

Asked whether the planned expansion was because of a request from the US, TSMC said: “Once there is any official decision, we will disclose it accordingly.”