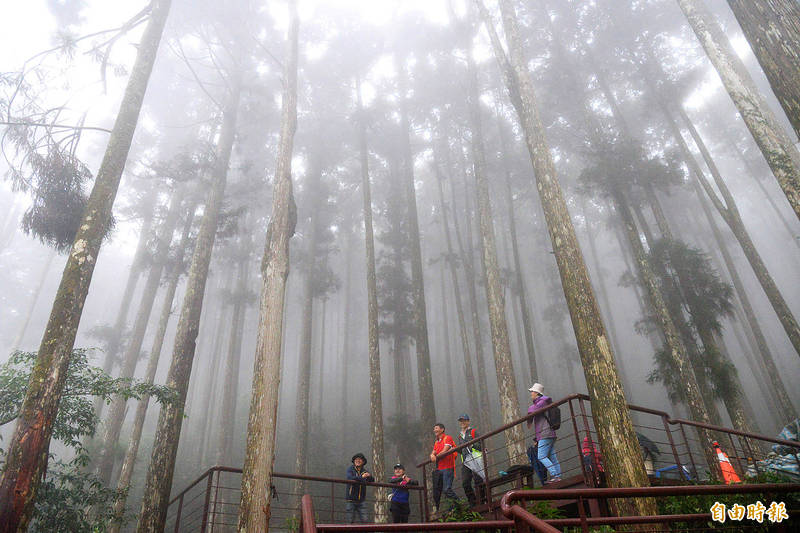 The Tengjhih National Forest Recreation Area （藤枝森林遊樂區） in Kaohsiung is to reopen on Friday next week after a nearly 12-year hiatus.

The forest park in the city’s Taoyuan District （桃源） has been closed since parts of the park were flooded and many roads were damaged during Typhoon Morakot in 2009.

The park would be open to up to 500 visitors from 8am to 5pm daily, officials from the Pingtung Forest District Office said yesterday, adding that no accommodation would be provided.

An online booking system for visits to the park showed that it is fully booked until May 16.

The recreation area, which is at an altitude of 1,500m to 1,800m, is often shrouded in mist, he said, adding that this makes visits to the park special.

While a major trail is not open due to unstable foundations, visitors can choose four other routes at different levels of difficulty — the Begonia Trail, the Taiwan Rhododendron Trail, the Morrison Spruce Trail and the Sea of Trees Trail, he said.

In other news, Tainan’s Baihe District Office yesterday opened its annual lotus festival, a series of events running until the end of July.

The district’s lotus fields at their peak covered 400 hectares, the office said.

However, as farmer who plant and tend to the flowers age, the fields shrank to 290 hectares last year and to 170 hectares this year, it said, adding that a shortage of irrigation water also contributed to this year’s situation.