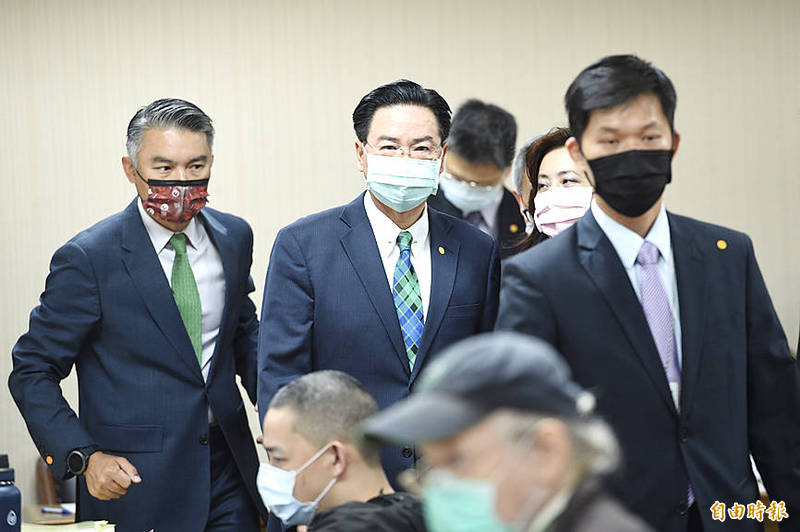 JUST THE BEGINNING: The government is planning to buy more machines, as well as raw materials to build them, to help India, the Ministry of Foreign Affairs said

The nation is to ship 150 oxygen machines to India this weekend, the Ministry of Foreign Affairs said yesterday, while confirming that talks are underway to conduct clinical trials of a domestically developed COVID-19 vaccine in Paraguay.

The ministry has since last weekend been looking for ways to help India, Minister of Foreign Affairs Joseph Wu （吳釗燮） told reporters in Taipei before heading into a meeting of the Legislative Yuan’s Foreign Affairs and National Defense Committee to report on Taiwan-Japan relations.

India has in the past few weeks struggled to contain a massive surge in daily COVID-19 cases numbering in the hundreds of thousands, with hospitals sending out urgent requests for oxygen and other equipment.

The government has been able to procure 150 oxygenators that have been modified for India’s voltage, which are to ship this weekend, Wu said.

It is looking to purchase more machines, as well as raw materials so that domestic manufacturers can continue production, he added.

Deputy Minister of Foreign Affairs Miguel Tsao （曹立傑） on Wednesday told lawmakers that the oxygen machines and other aid would be sent to India on China Airlines （華航） cargo flights.

This would not be the only shipment, he said, adding that the ministry would continue to provide aid on a long-term basis.

Meanwhile, ministry spokeswoman Joanne Ou （歐江安） in a statement on Wednesday confirmed media reports that Taiwan and Paraguay are in talks to conduct clinical trials for a domestically developed vaccine in the South American nation.

Paraguay is one of Taiwan’s 15 diplomatic allies and the remaining one in South America.

While receiving a shipment of Covaxin vaccines from India on Sunday, Paraguayan Expanded Program on Immunization Director Hector Castro extended special thanks to Taiwan for including Paraguay in the trials.

“Participating in clinical trials means not only contributing to science, but also guaranteeing vaccines for our country,” he said, inadvertently revealing that discussions had already begun.

Both sides expressed a “high degree of willingness” to cooperate on conducting clinical trials in Paraguay, she added.

As soon as trials enter phase 3 and it is authorized for emergency use, the nation would be happy to export the vaccine “under the principle of meeting domestic demand first,” she said.

“The government will continue to help Paraguay fight the pandemic and ensure the health and lives of Paraguayans are not used as diplomatic blackmail by the Chinese government,” she added, referring to reports that Beijing offered millions of vaccine doses in return for severing diplomatic relations with Taiwan.

The Paraguayan Ministry of Foreign Affairs last month said that some COVID-19 vaccine suppliers, whose legitimacy or link with the Chinese government has not been proven, had suggested breaking relations with Taiwan as a requirement for purchasing vaccines from China.