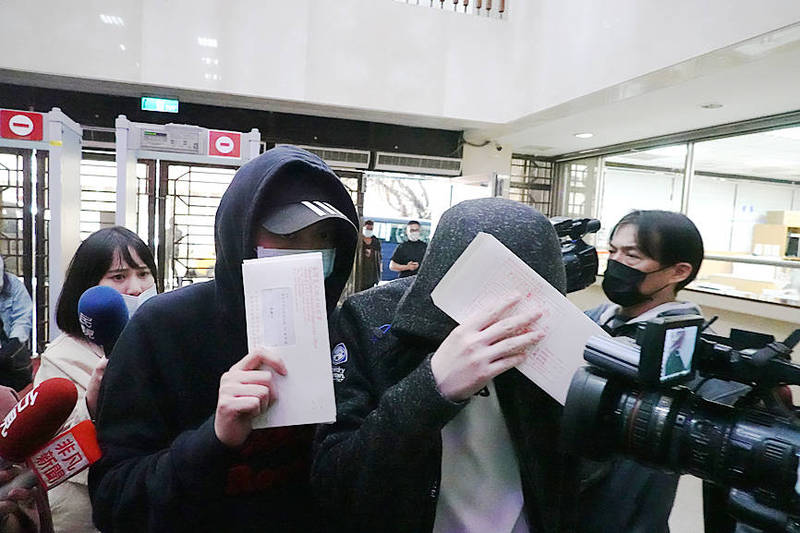 Premier Su Tseng-chang （蘇貞昌） yesterday demanded that the Ministry of the Interior launch an investigation into police ethics following a slew of “incredibly unbecoming and unacceptable” actions by police officers in northern Taiwan.

Citing an incident at Taipei Songshan Precinct’s Zhonglun Police Station in which a group of men were released without being charged after causing damage at the station, Su said the ministry and its affiliated National Police Agency must thoroughly investigate the matter to uphold police integrity and honor.

At about 2am on April 16, a group of 10 people, who are reportedly affiliated with the Four Seas gang and had been out drinking, allegedly chased a physical training instructor at the precinct named Yang Chung-li （楊忠蒞）, 49, into the station after an argument with the group.

Yang had also been drinking, and said he had been on his way to the station at the time to rest.

The group was later released, while station director Hsu Shu-heng （許書恒） is suspected of having deleted surveillance footage of the incident.

Recovered footage shown at a Taipei City Government Police and Sanitation Committee meeting yesterday confirmed that members of the group had damaged public property, including a computer.

Hsu is under investigation for alleged destruction of evidence, while deputy station head Yen Min-sen （顏敏森） is being looked at for possible Criminal Code contraventions related to setting free or facilitating the escape of a person legally arrested.

The incident shows that there is room for improvement on police training, Su said.

Minister of the Interior Hsu Kuo-yung （徐國勇） said that the ministry would look into the matter.

While Taipei Police Commissioner Chen Jia-chang （陳嘉昌） has said he would take responsibility for the matter, Taipei Mayor Ko Wen-je （柯文哲） said that a civil servant should not be removed from their job under political pressure.

Chen later yesterday told reporters that the department never tried to cover up the incident.

Neither he, nor Lin, had been pressured by elected representatives or higher-ranking officials related to their handling of the matter, he said.

They, as well as other police officers, are willing to take lie detector tests and hand over their cellphones to investigators if necessary, he added.

Control Yuan members Chen Ching-chun （陳景峻）, a former Taipei deputy mayor, and Tsai Chung-yi （蔡崇義） said in a news release that they would investigate the incident.