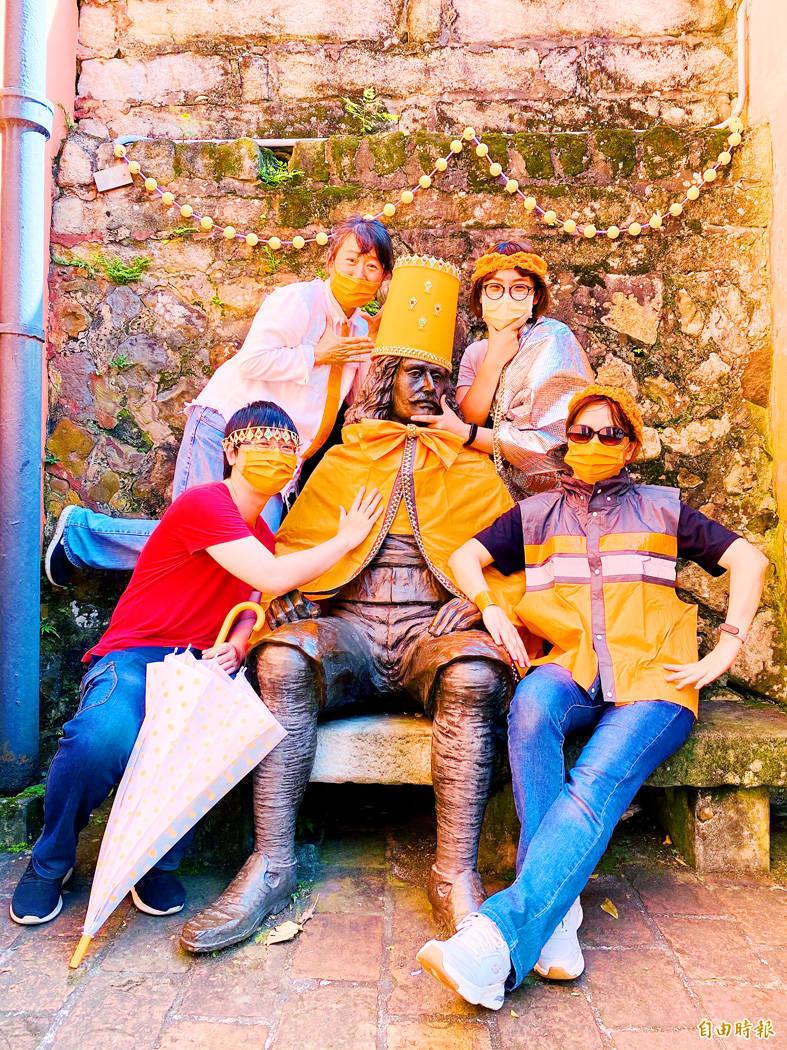 The Netherlands Office Taipei and the Tamsui Historical Museum are holding a joint event from today until Sunday to celebrate the Dutch holiday Koningsdag, with attendees wearing orange eligible for limited souvenir giveaways.

A limited number of attendees wearing orange are to receive free souvenirs — such as USB drives with a tulip printed on the case, eco-friendly shopping bags, bookmarks with a depiction of Fort San Domingo or ponkan-flavored ice pops — with 10 of each to be given away on each day of the event, the museum said.

The souvenirs would be available to visitors at the fort’s souvenir shop, it said.

To launch the event, the museum has dressed up its statue of former Dutch East Indies governor-general Antonio van Diemen in an orange hat, an orange cloak and an orange bow tie, it said.

The fort was initially built by Spanish conquistadors in 1628, but later razed by the Spanish and rebuilt by the Dutch in 1642, museum director Huang Li-ling （黃麗鈴） said.

The Dutch called it Fort Antonio — after the governor-general of the Dutch East Indies — but local residents called it the “Red Hair Fort” （紅毛城）, since the Dutch are often referred to as “red haired” people in Chinese.

“We wanted to hold this event given the origin of the fort. We also thought that celebrating King’s Day could create a festive atmosphere at this time, when it’s not possible to travel abroad,” Huang said.

Information about the six-day event can be found on the museum’s Web site at www.tshs.ntpc.gov.tw.