《TAIPEI TIMES》 Taipower warns of record electricity use this summer 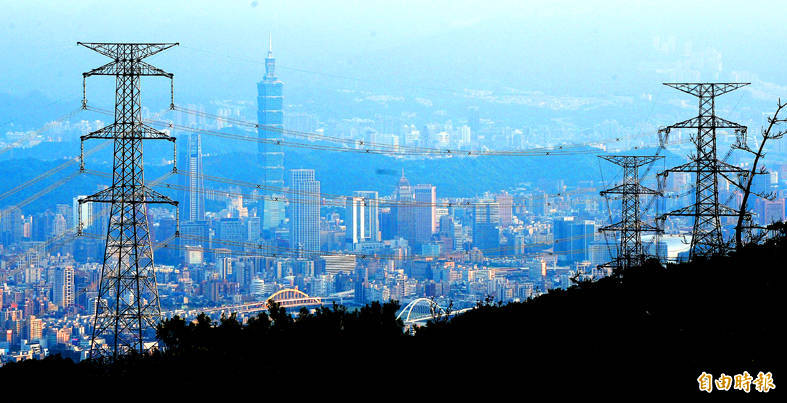 CONCERNING TREND: The most power used in one day this month was 32.765GW, only 5.255GW less than the national record for single-day use

Taiwan might be heading into another record summer of electricity use, Taiwan Power Co （Taipower, 台電） said yesterday.

So far this month, power use is up 7 percent year-on-year. The most power used this month was on Thursday last week when 32.765 gigawatts （GW） were used in a day, up from the previous April record of 29.99GW.

The all-time record for single-day electricity use was set on July 23 last year, when usage reached 38.02GW.

“We expect that record to be broken this year,” Taipower manager Chang Ting-shu （張廷抒） said.

Taipower said that it was caught by surprise by how power use has been growing ahead of expectations, even before the arrival of the summer heat.

Increased domestic demand might have been caused by the stable economy, it added.

Taiwan’s electricity usage has increased year-on-year every year in the past few years, growing more than 2 percent last year.

Chang said that he is still “confident” that Taipower will have the 10 percent reserve capacity necessary to handle summer peak demand, but it absolutely cannot do it without the four coal-fired generators in Taichung.

Chang said that delaying the construction of the new LNG generators would only delay the decommissioning of the older coal-fired generators.

“Mayor Lu is holding the construction of the new LNG generators hostage, but we cannot shut off the coal generators without creating a potential power crisis,” Chang said.

The new LNG plants would take five years to construct, he added.