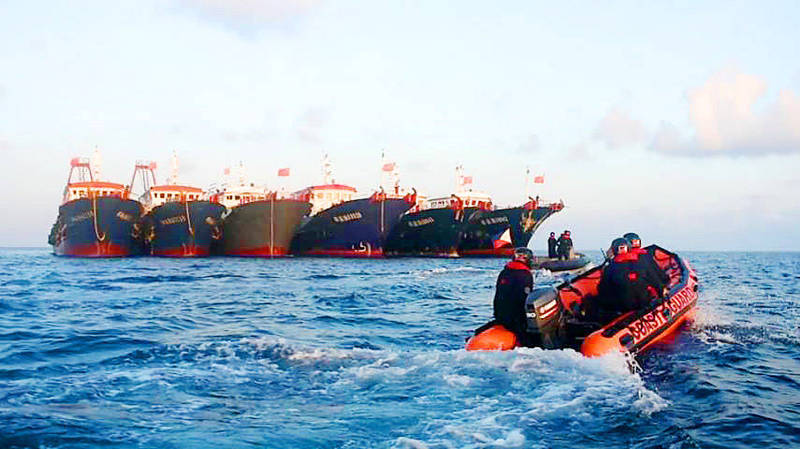 The EU on Saturday called out China for endangering peace in the South China Sea and urged all parties to abide by a 2016 tribunal ruling, which rejected most of China’s claim to sovereignty in the sea, but which Beijing has rejected.

The EU last week released a new policy aimed at stepping up its influence in the Indo-Pacific region to counter China’s rising power.

The Philippines on Friday protested to China over its failure to withdraw what it called “threatening” boats believed to be manned by maritime militia around the disputed Whitsun Reef, which Manila calls the Julian Felipe Reef.

“Tensions in the South China Sea, including the recent presence of large Chinese vessels at Whitsun Reef, endanger peace and stability in the region,” a EU spokesperson said in a statement on Saturday.

The EU reiterated its strong opposition to “unilateral actions that could undermine regional stability and international rules-based order.”

It urged all parties to resolve disputes peacefully in accordance with international law, and highlighted a 2016 international arbitration that had ruled in favor of the Philippines while invalidating most of China’s claims in the South China Sea.

The Hainan, the Dalian and the Changzheng-18 were placed in active service at a naval port in southern China’s Hainan Province, the official Xinhua news agency reported.