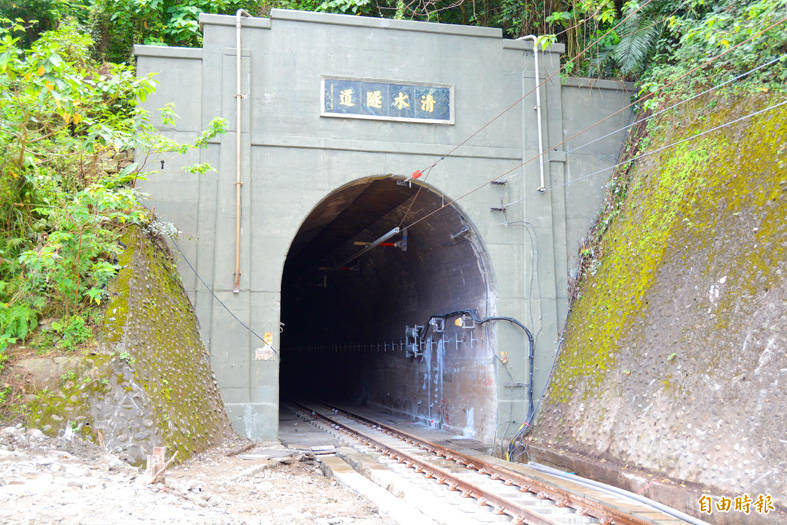 The entrance to the Cingshuei Tunnel, the site of the Taroko Express derailment, is pictured in Hualien County on Sunday. Photo: Wang Chin-yi, Taipei Times

The Executive Yuan yesterday approved a draft amendment that would stiffen penalties for offenders convicted of negligent homicide, amid controversy that Lee Yi-hsiang （李義祥）, who was indicted after the Taroko Express derailment killed 49, might only face a five-year term.

Proposed by the Ministry of Justice, the amendment to the Criminal Code would impose increased sentences, as there is the perception that the existing statute is out of date and too lenient on offenders found to be responsible for incidents resulting in a high number of fatalities.

The punishments laid out in the law must be proportionate to the crimes committed, Premier Su Tseng-chang （蘇貞昌） told a Cabinet meeting yesterday.

While prosecutors charged Lee — subcontractor at the project site and driver of the crane truck involved in the derailment — and several other suspects with negligent homicide, among other charges, there was a public outcry that the harshest punishment for a conviction could only be five years in prison or a fine of NT$500,000 （US$17,768）.

The approved amendment is to be sent to the Judicial Yuan, which is expected to cosign it, and then to the Legislative Yuan, where lawmakers would deliberate over whether to pass the amendment into law.

However, legal experts say that amendments cannot be applied retroactively, so Lee, if convicted of negligent homicide, would only receive a sentence of up to five years in prison.

On Wednesday, the Hualien District Court approved prosecutors’ request that Lee’s detention be extended another three months, on the grounds that he is a flight risk and could tamper with evidence.

Media reports have said that during court hearings, Lee attempted to shift the blame from himself to Hoa, allegedly saying that the assistant had suggested using the excavator.

Hoa reportedly used the excavator to try to free the stuck crane truck, before the strap broke and the truck rolled down onto the tracks.

However, Lee’s allegations were contradicted by Hoa’s testimony, who through his lawyer told the court that he was instructed to drive the excavator along the access road to near the truck, but it was Lee who operated the excavator.