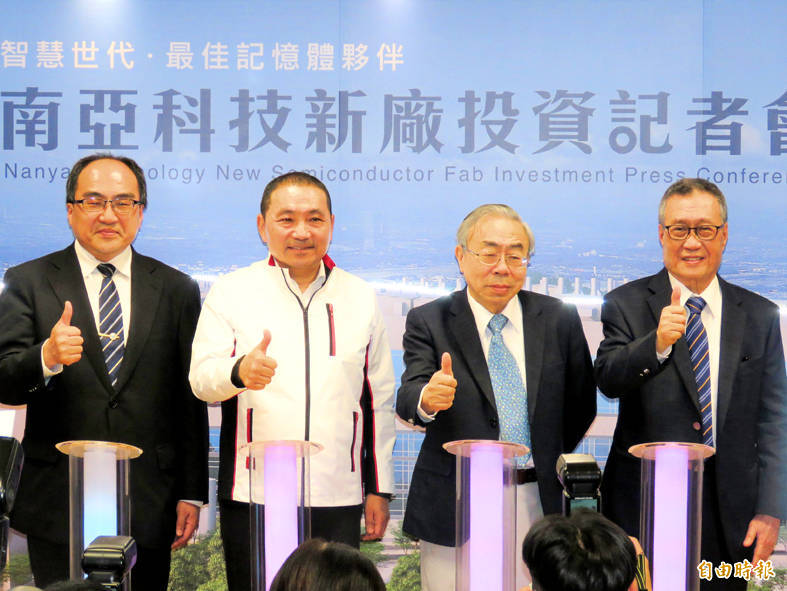 It is the chipmaker’s first major capacity expansion in four years. Nanya Technology last invested about NT$200 billion for its process technology migration from 30 nanometers to 20 nanometers and 10 nanometers.

On the demand side, the DRAM market is expected to grow at an annual pace of 15 to 25 percent, fueled by a variety of applications from 5G, AI, automotive, industrial and Internet of Things devices, Lee said.

The world’s major DRAM suppliers are expanding capacity to match an anticipated growth in demand, he added.

Nanya Technology expects its output for this year to be flat or to increase slightly from last year, after an annual expansion of 35 percent last year.

The chipmaker expects the fab to start commercial shipments in 2024, with a monthly capacity of 15,000 wafers in the first phase.

With the introduction of more advanced technologies, the new fab would help Nanya Technology broaden its product portfolio and expand its customer base from about 800, Lee said.

The company plans to deploy 10-nanometer process technology, developed entirely by the chipmaker, he said.

The company aims to lift its server DRAM share to about 10 percent of its total revenue, from 5 percent, Lee said.

The chipmaker generates up to 70 percent of its revenue from supplying DRAM used in consumer electronics, such as set-top boxes and game consoles.

Nanya Technology said it has no fundraising plans for the near term, as it had accumulated NT$686.7 billion as of the end of last quarter.

The average selling price of DRAM is expected to rise 18 to 23 percent, up from a range of 13 to 18 percent estimated previously, TrendForce said.