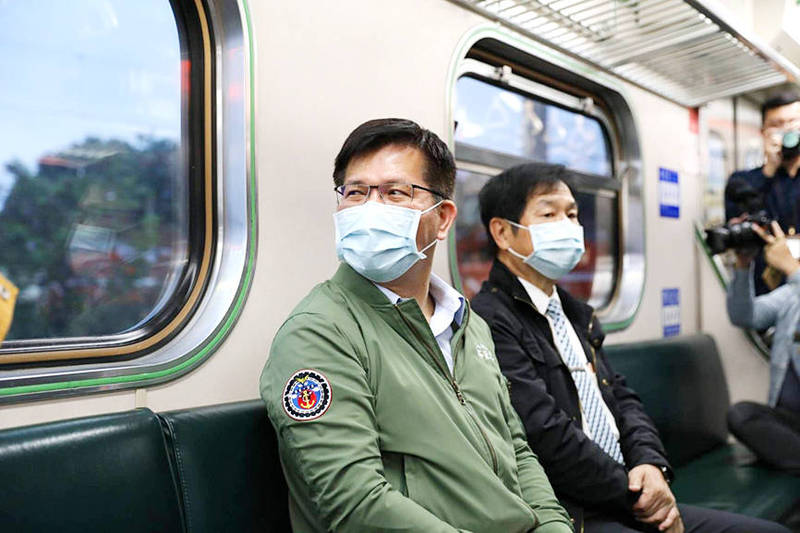 RAILWAY REFORM: Wang said that his first task as transportation minister would be to inspect 184 construction sites related to the TRA by the end of this month

The Executive Yuan yesterday appointed Deputy Minister of Transportation and Communications Wang Kwo-tsai （王國材） as the new minister of transportation.

Wang is to succeed Minister of Transportation and Communications Lin Chia-lung （林佳龍）, who tendered his resignation after the derailment of Taroko Express No. 408 on April 2, in which 49 people were killed and 244 injured.

It was the nation’s worst railway accident in nearly six decades.

An inauguration ceremony is to be held today at the Ministry of Transportation and Communications （MOTC）.

Minister Without Portfolio and Executive Yuan spokesman Lo Ping-cheng （羅秉成） said that the government is determined to reform the railway agency.

Such a challenging task should be handled by a team of professionals who are good at enforcement, capable of communicating with members of the Taiwan Railway Labor Union （TRLU） and able to quickly identify core issues and act to address them.

Wang and Hu have extensive experience at the transportation ministry, particularly in matters related to railway safety.

“The public is expecting that … the TRA, a government agency, will begin to operate like a corporation and address occupational safety issues. We hope that the new management team at the MOTC will reform the TRA and give people a safe railway system,” Lo said.

Apart from the safety of the TRA system, reforms should also ensure that the agency can become financially sustainable without compromising on workers’ interests, Lo said.

Meanwhile, people should have no trouble obtaining tickets and have access to a punctual railway service, he added.

Wang yesterday told reporters that his first task as transportation minister would be to combine the resources of the TRA, Railway Bureau and the Directorate-General of Highways to examine 184 construction sites related to TRA projects by the end of this month.

Any problems at these sites would be addressed within 100 days, he added.

“I have personally spoken with the TRLU members. Certain departments in the agency will be restructured first, which will help improve the agency’s operations,” he said.

“We will also make sure workers’ rights are not compromised before turning the agency into a state-run corporation,” Wang said.

A new TRA director-general would also be announced soon, he added.