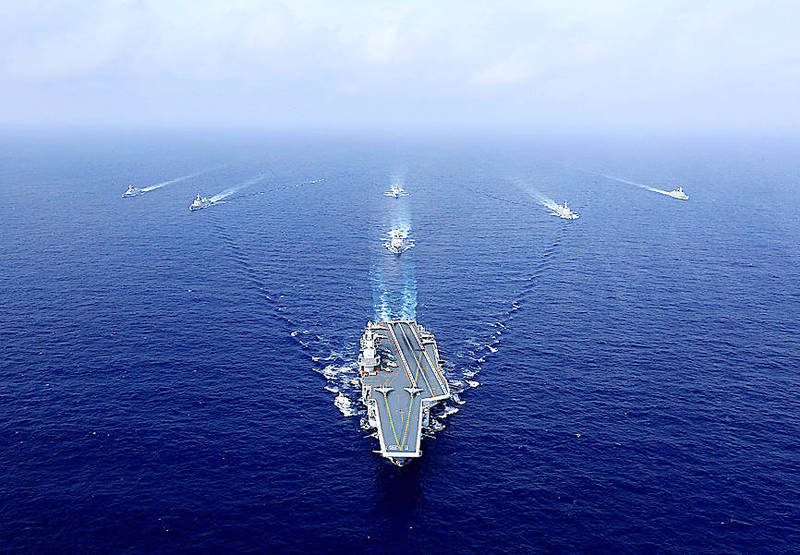 The White House on Friday said it was keeping a close watch on increased Chinese military activities in the Taiwan Strait and called Beijing’s recent actions potentially destabilizing.

“We’ve seen a concerning increase in PRC [People’s Republic of China] military activity in the Taiwan Strait, which we believe is potentially destabilizing,” she said when asked if Washington was concerned about a possible Chinese invasion.

Taiwan has complained over the past few months of repeated missions by China’s air force near the nation, concentrated in the southwestern part of its air defense identification zone （ADIZ） near the Taiwan-controlled Pratas Islands （Dongsha Islands, 東沙群島）.

Taiwan’s air force responded by sending patrol aircraft to the area and monitoring the Chinese planes with its air-defense missile systems, it added.

Beijing on Thursday blamed the US for tensions over Taiwan after a US warship sailed close to the nation, asking rhetorically whether China would sail in the Gulf of Mexico as a “show of strength.”

On Monday, China said a Chinese aircraft carrier group was conducting exercises close to Taiwan, and on Wednesday a US warship sailed through the Strait.

China believes the US is colluding with Taiwan to challenge Beijing and giving support to those who want the nation to declare formal independence.