《TAIPEI TIMES》 No mass reprimands due to top-secret leak: MND 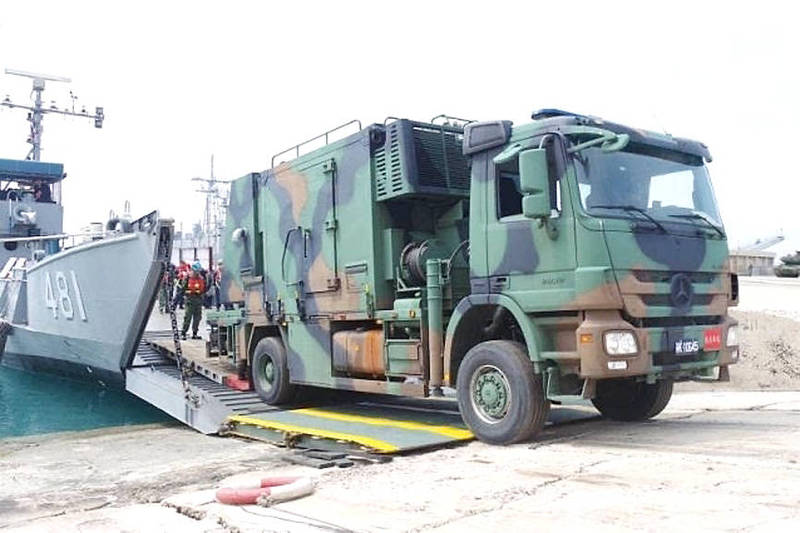 CLASSIFIED: Minister of National Defense Chiu Kuo-cheng had disciplinary investigations opened on as many as 100 officers, an ‘Apple Daily’ source reported

The Ministry of National Defense yesterday denied that there were mass dismissals after reportedly classified images of a top-secret radar system were leaked to the military’s own Youth Daily News.

The online article published on March 26 — which has since been taken down — reported on the Navy 151st Amphibious Fleet’s mission to resupply Magong City （馬公） in Penghu County, and was purportedly written by a political warfare officer serving on the tank landing ship ROCNS Chung Ho.

While the article itself did not contain sensitive information, highly classified aspects of a mobile anti-stealth passive radar system designed by the Chungshan Institute of Science and Technology were visible in two images used for the report.

The images were republished on Monday last week by the English-language military aviation Web site Alert5 in an article titled “Taiwan Has Deployed Anti-Stealth Passive Radar System in Penghu.”

The Chinese-language Apple Daily reported that the ministry was unaware of the breach until US officials contacted Taipei via national security channels, while the Liberty Times （sister paper of the Taipei Times） said that some of the officials were with the American Institute in Taiwan.

Yesterday, Chiu had disciplinary investigations opened on as many as 100 officers of the Naval Fleet Command and the Political Warfare Bureau, which runs the Youth Daily News, the Apple Daily said, citing an anonymous source reported to be a general officer at the ministry.

More than 20 officers could receive reprimands or other disciplinary actions over the secrecy breach, it quoted the source as saying.

“An earthquake is coming to the ministry,” the source added.

“Operational security is a basic component of a soldier’s duty and the command has consistently demanded that each soldier be intimately familiar with operational security procedures and thoroughly implement them,” the Navy Command said in a statement.

An image of a mobile passive bistatic radar system was displayed at the 2013 Taipei Aerospace and Defense Technology Exhibition.

The display text provided by the institute said that the vehicle’s beamforming capabilities could act in combination with active radar or sources to detect aerial targets.

The long-distance system’s receivers use a different angle than active radar to detect a target and the absence of radar emissions helps it to evade countermeasures, the text said.