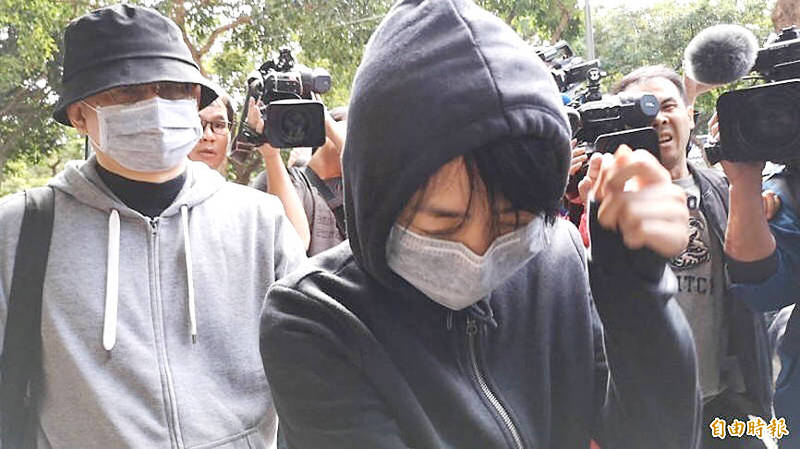 The Chinese government has been using Taiwan’s democracy and freedoms to infiltrate society, Chiu said, adding that the government must tighten laws when necessary.

It is the first formal indictment of Xiang and Kung, who were stopped at Taiwan Taoyuan International Airport on Nov. 24, 2019, when attempting to flee on an outbound flight, one day after Australian media aired interviews with Wang.

Wang told reporters that he had conducted espionage in Taiwan, saying that Xiang was China’s spy directing espionage activities, intelligence gathering and covert operations in Taiwan and Hong Kong.

Over the past decade, the couple had illegally transferred about NT$740 million （US$26.03 million at the current exchange rate）, mainly from the Shanghai-based Guotai Investment Holding Group （國太投資）, prosecutors said.

In 2018, a Shanghai court sentenced Guotai Investment executives to prison for terms ranging from 12 years to life after they were found guilty of earning 40 billion yuan （US$6.11 billion at the current exchange rate） from illegal investment schemes. The business was dissolved.

The money first went to a Hong Kong company owned by the couple, before being transferred to China Innovation Investment in Taiwan.

In addition to breaches of national security, the couple was charged with breaches of the Money Laundering Control Act （洗錢防制法）.

Prosecutors have filed to confiscate the couple’s condominiums.

An investigation is ongoing into their alleged espionage activities and intelligence gathering for China.

Prosecutors said that the Australian government is cooperating with the investigation into Wang’s allegations against Xiang.

After the indictment was announced, the couple released a statement, in which they denied all of the charges.