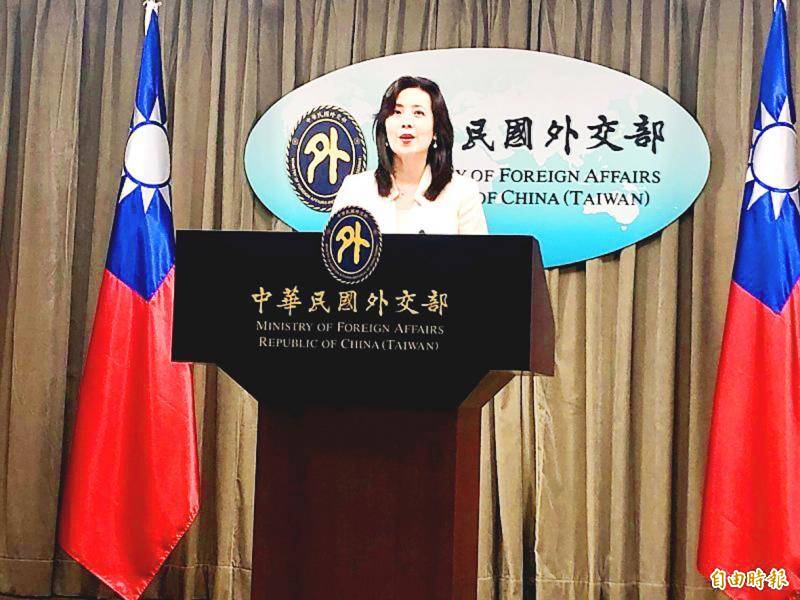 A senior BBC correspondent who had left China after facing legal threats and pressure from authorities over his reporting, has arrived in Taiwan and is in COVID-19 quarantine, Ministry of Foreign Affairs （MOFA） spokeswoman Joanne Ou （歐江安） said yesterday.

John Sudworth on Wednesday told BBC Radio 4 that he had relocated to Taiwan after nine years in Beijing, where he reported on Xinjiang rights abuses and the COVID-19 pandemic, as it was “too risky to carry on.”

Threats from Chinese authorities had “intensified” in the past few months, he added.

At least 18 foreign correspondents were expelled by China last year, during a tit-for-tat row with the US that harmed the international press presence in the country.

Press freedom groups say that the space for foreign reporters to operate in China is increasingly tightly controlled, with journalists followed on the streets, experiencing harassment online and refused visas.

Ou said that she believes Sudworth will “feel that Taiwan is a free and democratic nation.”

From January last year to last month, 39 correspondents and 21 outlets moved to Taiwan, including the New York Times, the Washington Post, the Wall Street Journal and the BBC, she said.

Taiwan is a free and democratic nation with a diverse and open society, and news organizations are welcome to send correspondents to work without restrictions, she said.

“The BBC has faced a full-on propaganda attack not just aimed at the organization itself, but at me personally across multiple [Chinese] Communist Party-controlled platforms,” said Sudworth, who is to continue to work as a China correspondent from Taiwan.

“We face threats of legal action, as well as massive surveillance now, obstruction and intimidation, whenever and wherever we try to film,” he said, adding that he and his family had been “followed by plainclothes police” as they left to fly out of China.

Sudworth’s wife, Irish journalist Yvonne Murray, left the country with him “because of mounting pressure from the Chinese authorities,” her employer, Radio Television of Ireland （RTE）, reported.

“We left in a hurry as the pressure and threats from the Chinese government, which have been going on for some time, became too much,” she told RTE.

In the past few weeks, Chinese state media and officials have repeatedly attacked Sudworth for his reporting on alleged forced labor practices targeting Uighurs in Xinjiang’s cotton industry in particular.

On Wednesday, the Chinese embassy in Ireland said that Sudworth “has been strongly criticized by a lot of Chinese for his unfair, unobjective and biased reporting on China.”

On Twitter the embassy said: “Nobody has forced or will force” Sudworth’s wife to leave China.

The BBC confirmed Sudworth’s relocation after China’s state-run Global Times reported that he was “hiding” in Taiwan.

In the middle of last month, Xinjiang authorities said that Sudworth was the target of a civil lawsuit for producing “fake news” about the region.