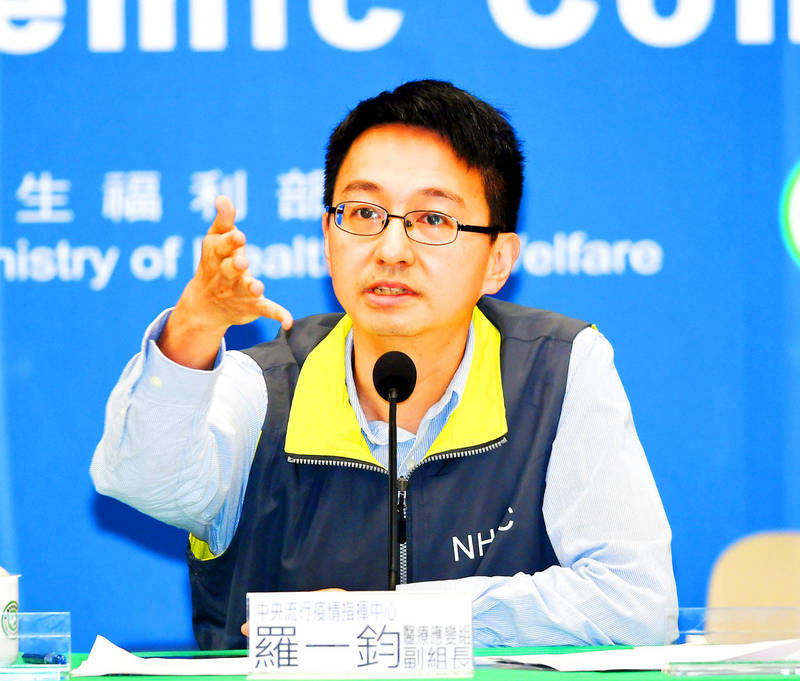 ‘TO BE EXPECTED’: Of the four serious adverse reactions to the AstraZeneca vaccine recorded yesterday, three were considered ‘allergic and pseudoallergic reactions’

Centers for Disease Control （CDC） Deputy Director-General Philip Lo （羅一鈞）, deputy chief of the CECC’s medical response division, said 2,136 people had received their first dose of the AstraZeneca vaccine on Friday, adding that a total of 9,232 people in Taiwan have received the jab.

COVID-19 vaccinations began on Monday and are currently only offered to frontline healthcare workers and athletes who have qualified for this summer’s Tokyo Olympics.

Lo said that the number of daily vaccine recipients increased on Friday as 15 additional hospitals began administering the shot that day, so there are now 87 hospitals that are giving vaccinations, and 57,900 doses have been distributed in total.

“There were 13 adverse events reported on Friday, adding up to a total of 27,” he said.

Among the new reported cases, four were deemed serious adverse reactions, adding up to a total of five so far, Lo said.

Lo said that three of the serious adverse reactions reported on Friday were considered “allergic and pseudoallergic reactions,” including a person who had a red rash on their stomach and chest, shortness of breath and an elevated heart rate of up to 110 beats per minute on the day that they received the jab.

The second case experienced a fever, chills and shortness of breath in the evening after having the shot, and they were hospitalized and received an intravenous injection the next day, he said.

The third case had a continuous fever, pain at the injection site and shortness of breath, so they sought emergency treatment on the third day after being vaccinated, and were hospitalized for observation, Lo said.

Of those who registered on the center’s “Taiwan V-watch” self-reporting smartphone system, 8.3 percent still had a fever on the third day after receiving the jab, he added.

The fourth case has a history of heart arrhythmia and syncope, and felt fatigued and fainted for 10 minutes at work the next day, Lo said, adding that they were hospitalized for one night, but have returned home.

“The data show that the rate of adverse events after vaccination in Taiwan is not relatively higher,” Lo said, adding that allergic and pseudoallergic reactions are expected after any type of vaccination, so people do not have to be too concerned.

The CECC encourages the hospitals to report all suspected cases, he added.

He said that seven of the 264 Indonesian fishers, or 2.7 percent, who arrived in Taiwan this month tested positive, compared with rates of 2.7 percent in December last year, 3.3 percent in January and 1.6 percent in February.