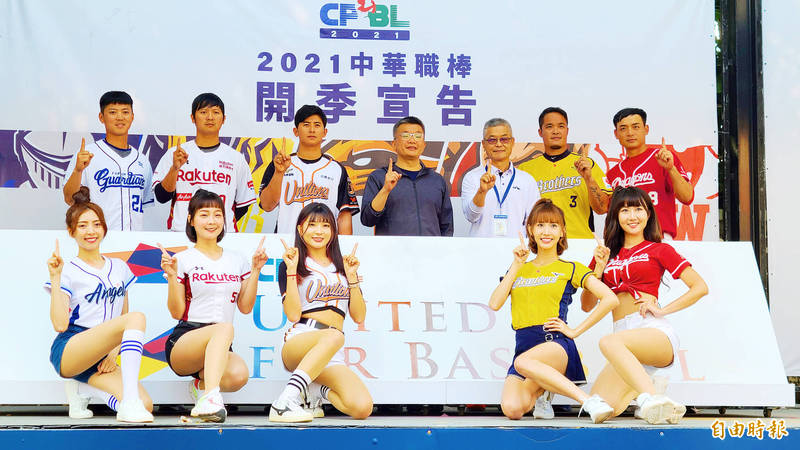 Taiwan leads world baseball again this year, with the CPBL set to start the season on Saturday, ahead of other leagues.

The opener comes before the start of Japan’s Nippon Professional Baseball on March 26, US Major League Baseball on April 1 and South Korea’s Korea Baseball Organization League on April 3.

Most of the sports world took notice last year when Taiwan on April 12 became the first country to start baseball amid the COVID-19 pandemic, due to the nation’s success in containing the disease, while many major sports competitions elsewhere were delayed or canceled.

South Korea and Japan delayed their season openers to May 5 and June 19 last year respectively, while the US did not start until July 23 last year.

CPBL commissioner Tsai Chi-chang （蔡其昌） announced in Tainan on Sunday that defending champions the Uni-President Lions would host the CTBC Brothers on Saturday, setting up a rematch of last year’s Taiwan Series.

League officials yesterday said that only a few infield seats remain for the opener at Tainan Municipal Stadium, but outfield seats are still available.

On Sunday, the Lions host the newly revived Wei Chuan Dragons — an original league club that folded in 1999 — while the Brothers would host the Fubon Guardians at the Taichung Intercontinental Stadium.

Tsai with CPBL secretary-general Charles Yang （楊清瓏） on Sunday unveiled the league’s new slogan, “United for Baseball,” and new logo, a geometric composite of home plates in the colors of the league’s five teams surrounding a white plate at the center.

Regarding the slogan, Tsai said it was important for people to unite to support Taiwanese professional baseball, as running a club puts a heavy burden on the sponsor companies.

He said the CPBL is still working on expanding the league with a sixth team, and hopes to attract more fans to ballparks to help the industry thrive and the league shine on the international stage.

The slogan also refers to the pandemic and its effect on the world, as everyone unites to overcome the difficult challenges it has posed over the past year, he added.

While family members and small groups of friends can sit together, others would be separated to meet social distancing guidelines, they said.

Health authorities have set the maximum seating at stadiums to 78 percent capacity of each ballpark, which was also used late last season.