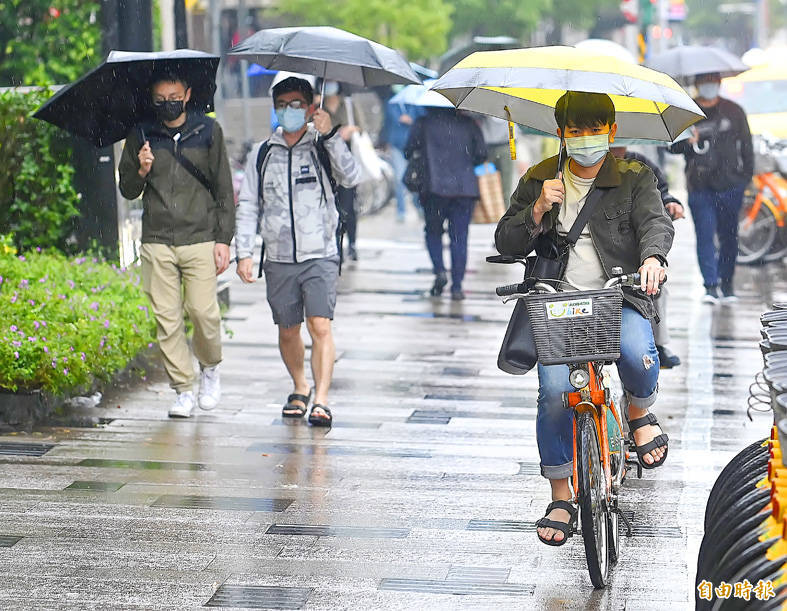 A northeast monsoon is to affect the weather in Taiwan today and Friday, the Central Weather Bureau said yesterday, adding that rain brought by the weather would not help ease water shortages in central and southern Taiwan.

Forecasts from the state-run meteorology agency showed that chances of rain would be high today and tomorrow in northern and eastern regions of the nation, as they are on the windward side of the monsoon, with isolated showers in mountainous areas of central and southern regions.

Cloudy skies are forecast in the plains of central and southern Taiwan, the bureau said.

Lows would be about 14°C to 16°C in northern and northeastern parts of the country, while other regions would experience lows of 18°C to 20°C, it added.

Highs in northern Taiwan would rebound on Thursday to 23°C to 24°C due to a weakened northeast monsoon, while showers have been forecast for the east coast, it said.

Cloudy to sunny skies are forecast for the rest of the nation.

The bureau forecast the monsoon to become strong again on Friday and to affect the nation until Sunday.

Showers are expected in the north and east, while cloudy to sunny skies are forecast for the rest of Taiwan, it said.

Although northern Taiwan had significant rainfall over the weekend because of a frontal system, several reservoirs in the west are still reporting water storage below 20 percent of their capacities, the Ministry of Economic Affairs’ Water Resources Agency said yesterday.

Reservoirs in central and southern Taiwan are in the mountainous areas, which would not receive significant rainfall until the plum rain season, which is in May and June, Cheng said.

Spring rain, albeit small, would become crucial in a long dry season, particularly in Taoyuan, as well as Hsinchu and Miaoli counties, he said.

Because of a strong subtropical system, spring rain this year would mostly fall on the plains, which worsens the water shortage problem, Cheng said.

“A regional high-pressure system is hovering above southern Taiwan at the moment, which helps stabilize the weather and makes it less likely to rain,” he said.

WeatherRisk Explore chief executive officer Peng Chi-ming （彭啟明） wrote on Facebook that the frontal system over the weekend brought more than 100mm of rain to the northeast and 40mm to 60mm to plains in other regions, except those in southern Taiwan.