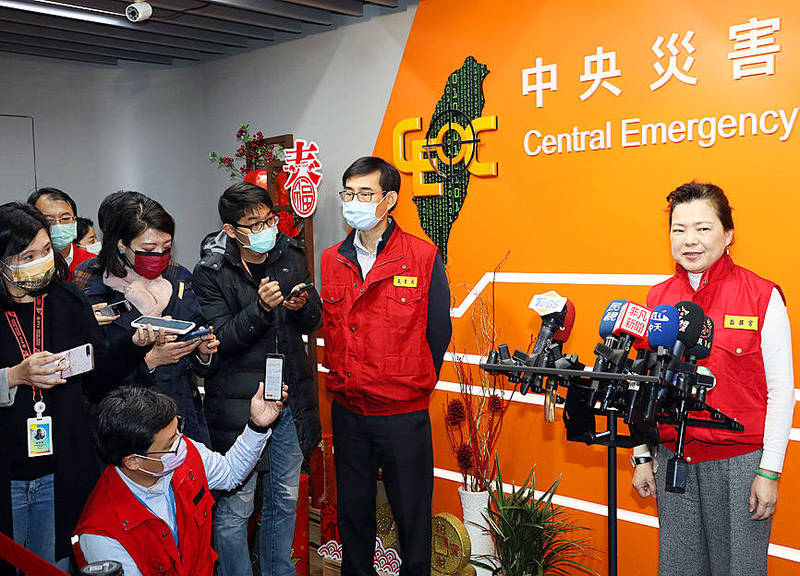 Water pressure in Taichung, and Hsinchu and Miaoli counties is to be reduced around the clock, the Ministry of Economic Affairs said yesterday.

In addition, large non-industrial water users will have to cut daily consumption by 20 percent, it said.

“The reservoirs in those regions are now less than 20 percent full,” Minister of Economic Affairs Wang Mei-hua （王美花） said after a meeting at the Central Emergency Operation Center on the nation’s water situation. “We have decided that it is necessary to step up water conservation efforts.”

Prior to the new measures taking effect yesterday, water pressure in the three areas had been lowered from 10pm to 6am daily, while large non-industrial users, such as pools and car washes, had to reduce daily use by 10 percent.

Industrial users will continue to have to cut daily consumption by 11 percent, the ministry said.

With no typhoons last year and water reserves low, Taichung and Tainan, as well as Hsinchu, Miaoli and Chiayi counties, have been placed under “orange alert,” which entails limiting total water use and reducing water pressure.

Taoyuan and Kaohsiung, and Nantou and Changhua counties are on “yellow alert,” which means reduced water pressure, but no obligation for large users to reduce daily usage, the ministry said.

Emergency wells and an emergency desalination plant have been brought into service to provide a small amount of steady water per day, the ministry said.

As up to 70 percent of the nation’s water supply goes to agriculture, irrigation has also been halted over most of the nation, affecting the first rice harvest this year, it said.

As the world is already in the middle of a semiconductor crunch, all eyes are on how the water shortage might affect Taiwanese chip manufacturers.

If the water supply problem does not improve, a “red alert” would be issued, which would see phased water stoppages, with daily use getting top priority, followed by the medical, defense and industrial sectors, the ministry said.

The nation is likely to remain under a dry spell until May, when the rainy season begins, it said.