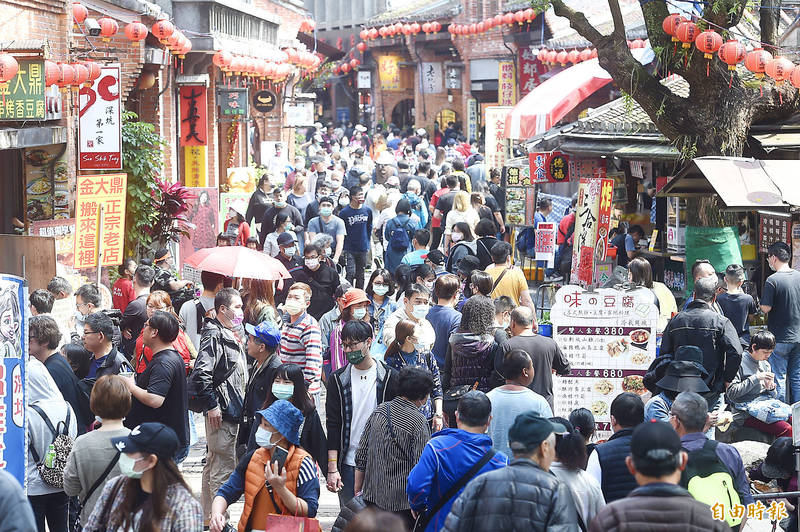 RARE POSITION: IHS Markit expects exports to increase by about 13 percent this year, as demand for electronics worldwide has recovered significantly since last year

Taiwan’s economy might expand 4.1 percent this year, accelerating from a 3.11 percent pickup last year, as its exports would continue to benefit from surging demand for electronics products amid and after the COVID-19 pandemic, global research body IHS Markit said yesterday.

Taiwan has been one of the world’s most resilient economies during the pandemic-triggered recession last year.

Economic indicators at the beginning of this year signal improving growth momentum for its economy over the coming months, as the global economy and trade rebounds, the US-British information provider said.

According to the latest IHS Markit survey of business confidence in Taiwan, the 12-month outlook for manufacturing production in January rose to its highest level since April 2014, reflecting strengthening new orders, it said.

IHS Markit expects Taiwan’s exports to increase by about 13 percent this year, as global demand for electronics has recovered significantly from the lows seen in the first half of last year, when lockdowns in major countries disrupted production and consumer spending.

The pandemic has sped up the pace of digital transformation for companies and organizations, a trend that underpinned the global shift to remote work and spurred demand for electronic devices, such as computers, printers and mobile phones, it said.

That helps explain why Taiwan is in the rare position of posting an increase in GDP last year, when most other economies either plunged into recession or experienced a material slowdown caused by the shockwaves of the pandemic, it added.

IHS Markit said the easing of lockdowns in many countries is facilitating a rebound in consumer spending, helping boost demand for a wide range of consumer electronics.

Therefore, electronics demand would receive further backing from major technological developments, including rollouts of the latest wireless communication technologies over the next five years, which would drive up demand for 5G smartphones, it said.

Auto demand has also shown a concrete rebound after a slump in the first half of last year, which contributed to a shortage in semiconductors used in vehicles, as Taiwan is responsible for the bulk of global chip production, it said.

These factors lend support to the medium-term outlook for Taiwan’s electronics sector exports and capital expenditure, which would be key drivers of economic growth, IHS Markit said.