《TAIPEI TIMES》 COVAX doses are expected to be available by April 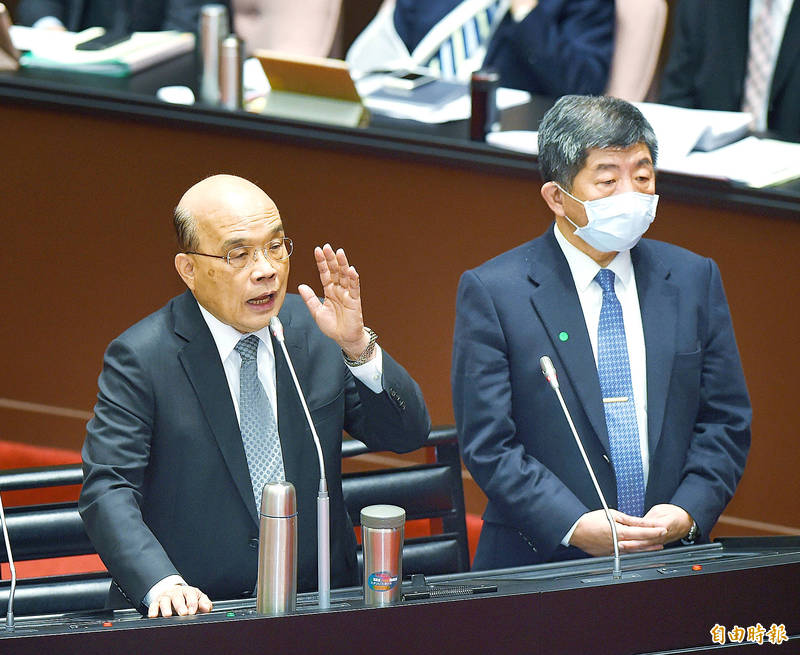 A total of 4.76 million doses of the COVID-19 vaccine that Taiwan has secured through the global COVAX sharing initiative are expected to be available by April, Premier Su Tseng-chang （蘇貞昌） said yesterday.

The vaccines would be those made by British-Swedish pharmaceutical giant AstraZeneca in collaboration with the University of Oxford, Su said.

They would be among 20 million doses that the government has arranged so far — including 5.05 million doses from US pharmaceutical company Moderna Inc and 10 million additional doses from AstraZeneca — he said, adding that they are likely to become available next quarter.

In addition, a deal with US pharmaceutical company Pfizer and BioNTech is approaching completion, which might provide an additional 5 million doses, a Cabinet report submitted to lawmakers showed.

“The order of vaccinations has been planned, with front-line medical workers given priority for the jabs,” Su said.

In response to public concern about possible side effects, Minister of Health and Welfare Chen Shih-chung （陳時中）, who heads the Central Epidemic Command Center （CECC）, said that the government would launch an online “vaccine map.”

Once the vaccines are ready for distribution, the map would allow people to know where they can get the vaccine of their choice, Chen said.

Asked by lawmakers whether they would be vaccinated first alongside medical workers to boost confidence among the public, Su and Chen said that the vaccination priority schedule should be followed.

The key is to make sure that medical personnel receive the protection they need as quickly as possible, they said.

About 332,000 people are in the top category to receive vaccinations in the first round, while key government and disease-control officials are in the second round, the CECC said.

Meanwhile, Chen said that jabs of Taiwan-made COVID-19 vaccines could start as early as July.

“If everything goes well, we could start administering domestically made vaccines in July,” Chen said, without elaborating.