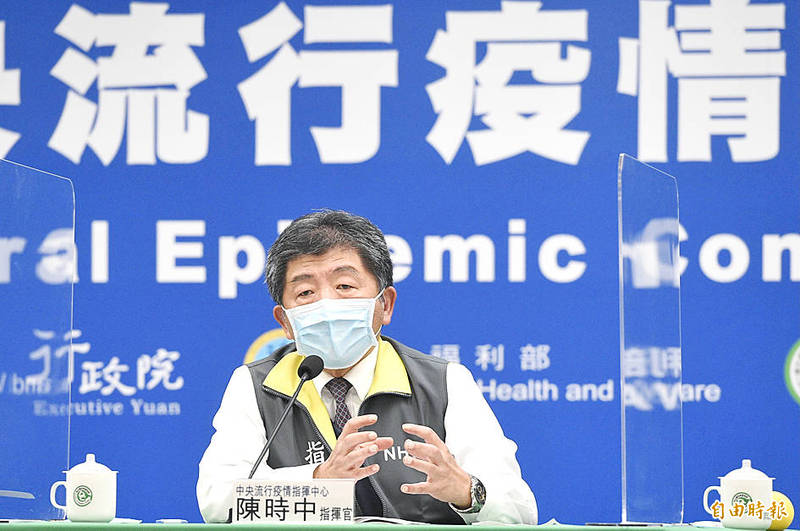 The Ministry of Transportation and Communications yesterday said that it was considering a ban on drinking and eating on the Taiwan Railways Administration （TRA） and Taiwan High-speed Rail networks during the Lunar New Year holiday.

The ministry said it had recommended that the Central Epidemic Command Center implement the measures during the holiday due to a cluster infection at Taoyuan General Hospital.

Minister of Health and Welfare Chen Shih-chung （陳時中）, who heads the center, said that the center is discussing the proposal and would announce its decision today.

However, the center would be inclined to respect the ministry’s professional opinion on the matter, he added.

Separately, a TRA conductor has been asked to quarantine at home after coming into suspected contact with case No. 889, a man in his 60s who had been treated at the hospital and tested positive on Monday.

While the conductor would not normally be considered to have been in “close contact” with case No. 889, the center is taking no chances and has increased the parameter of those being placed under home quarantine, Chen said.

The public should mind their health, but there is no need to panic, he said.

“You do not have to worry unless you are notified,” Chen said.

As for the TRA asking its staff to practice self-health management, Chen said this was well within the purview of the company and he believed that such caution was called for.

Service along the section was disrupted by a massive landslide on Dec. 4 that was triggered by days of rain.

The TRA resumed two-way service along a single track on Dec. 14, and set a goal of returning to normal operations by Feb. 8, two days before the beginning of the Lunar New Year holiday.

To prevent further landslides, the agency said that it has built a retaining wall to reinforce the slopes and construction could be completed before Friday next week.

It would start laying new tracks, adjusting traffic signals and installing electric cables after the retaining wall is completed, the agency said.

“The construction went faster than we had estimated. We could be able to resume normal operations earlier than scheduled. This is crucial as people are getting ready to celebrate the Lunar New Year holiday, when a large number of people are scheduled to return home by train,” Lin said.