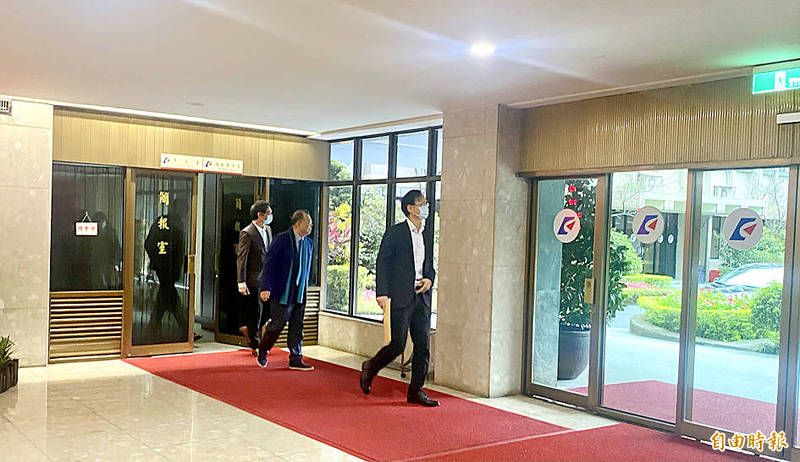 COMPETITION FOR CHIPS: Local chipmakers are already operating at full capacity, but agreed to raise it beyond 100 percent, and allocate the extra capacity for auto chips

As automakers around the world face work stoppages due to a lack of chips, Taiwan’s leading chipmakers will “do their best” to “squeeze out more chips” for the global auto industry, Minister of Economic Affairs Wang Mei-hua （王美花） said yesterday after a lunch meeting with company representatives.

“Their production lines are already full or even overloaded right now, but [they understand that the] auto chip shortage is threatening the whole global auto supply chain,” Wang said. “Jobs are on the line.”

Taiwanese chipmakers will try and optimize their production lines to go from “100 to 102 or 103 percent capacity,” and allocate the extra capacity for automakers, she said.

Chipmakers have also committed to giving auto chips the highest support rate, and to talk to their other customers to see if they are willing to accept a reduction or delay in orders, freeing up capacity for auto chips, she said.

Taiwanese chipmakers are part of the auto industry’s supply chain, manufacturing chips on a contract basis for auto chip designers, which sell them to auto components and vehicle manufacturers, Wang said.

Amid the COVID-19-induced global slowdown, customers slashed orders for auto chips, while demand for chips for information and communications technology and 5G applications soared, she said.

By the time auto demand came roaring back, Taiwanese foundries were already working at full capacity, she added.

“Chipmakers warned customers at the time that if they continued to cut auto chip orders, it would be hard to meet those orders when they return,” she said.

Wang confirmed that European, US and Japanese representatives went through diplomatic channels to ask for the ministry’s help on behalf of their automakers.

“Today was a good start, but this is going to be a longer-term problem,” Wang said, “It is all we can do right now to squeeze out some extra capacity as demand exceeds supply.”

“Our chipmakers are taking the impact [of the auto chip shortage] into account, but they have a duty to fulfill their existing contracts,” she said.

Nikkei Asia on Tuesday reported that Taiwanese chipmakers are mulling “another round of price increases, mainly in auto chips.”