《TAIPEI TIMES》 DGH not to use Chinese-made speed detectors: minister 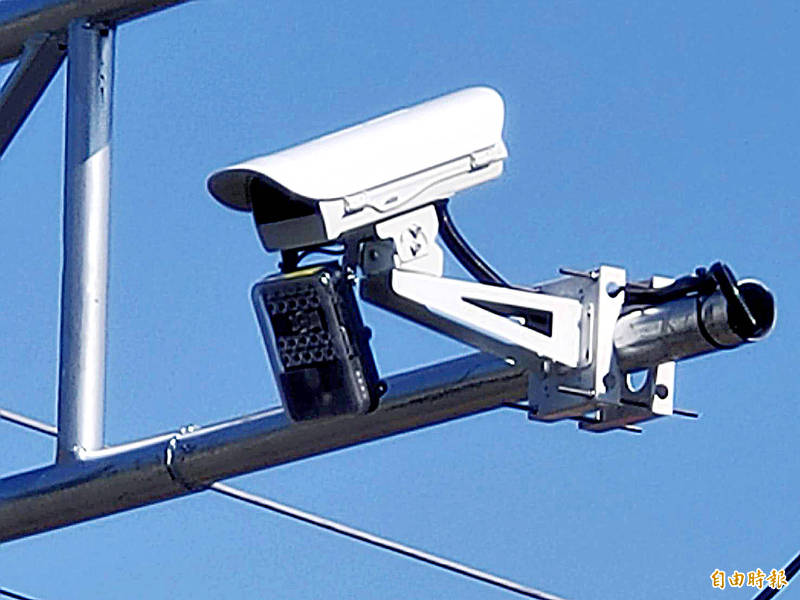 A traffic speed camera is pictured on a section of Provincial Highway No. 21 in Nantou County on Monday. Photo: Tung chen-kuo, Taipei Times

Minister of Transportation and Communications （MOTC） Lin Chia-lung （林佳龍） yesterday ruled at a ministerial meeting that speed detectors must be accompanied by a signed affidavit that they contain no Chinese-made parts.

The ruling came a few days after a user named “Leo” wrote on Facebook that Eastern Science and Technology Co （東山科技）, a local manufacturer who supplies speed measurement systems to the Directorate-General of Highways （DGH）, uses components made in Hangzhou, China, and then places its label on the devices.

“Leo” said that speed measurement systems are a “massive surveillance program,” as the systems identify drivers’ license plate numbers and calculate their average speed between two points so that law enforcement can determine whether vehicles are speeding.

Ministry officials who attended the meeting quoted Lin as saying that the government’s crackdown on traffic violations would affect people’s rights, and that the information security of speed detectors should not be compromised.

While the use of speed measurement systems helps to curb speeding, it has not been proven whether they effectively reduce traffic accidents, Lin said, adding that more reasonable speed limits should be set for certain sections of road.

Manufacturers should immediately sign affidavits that the main components used to build their speed detectors are not made in China, and cannot be exploited to improperly collect or transmit drivers’ data, Lin told the officials.

Speed detectors that are made in China would be immediately removed, Lin added.

Some manufacturers might say that their products are locally made to evade US tariffs imposed on Chinese products or other restrictions, so a group would be formed to inspect within two months — independently verifying and validating — the speed detectors used by the DGH, Lin said.

The group would include representatives from the Bureau of Standards, Metrology and Inspection; the Industrial Technology Research Institute （工研院）; the Chungshan Institute of Science and Technology; and the Taiwan Association of Information and Communication Standards, he said.

The use of speed measurement systems should be suspended until the inspections are completed, Lin said, adding that local government officials are encouraged to work with the ministry if they have speed detectors that should be inspected.

The ministry would no longer subsidize local governments’ detector purchases, as the National Police Agency and local police departments should budget for them, he said.

The ministry said that it would work with the Ministry of the Interior and local officials to relocate detectors to high-risk accident zones.