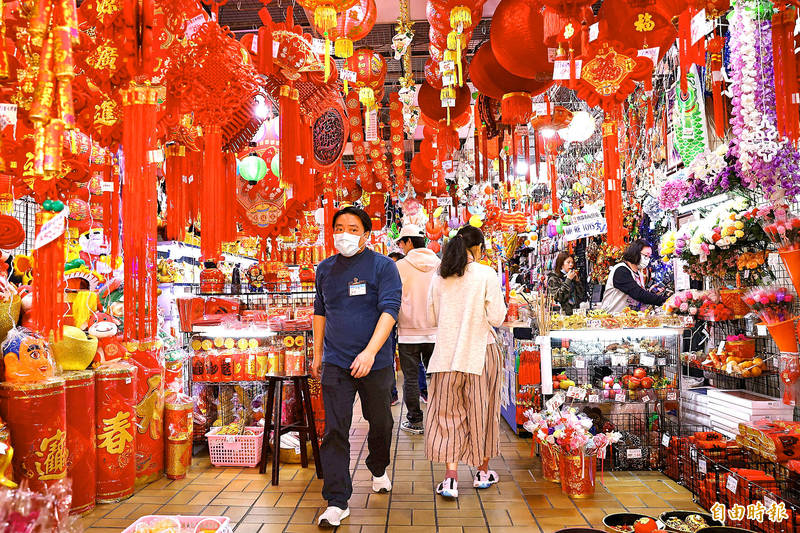 TRICKLE-DOWN: With TSMC facing supply constraints, smaller peers have benefited, raising prices, which have extended from chipmakers to chip testers and packagers

The increase of 0.29 percentage points came after Taiwan Semiconductor Manufacturing Co （TSMC, 台積電） on Jan. 14 unveiled a capital spending plan of US$25 billion to US$28 billion for this year, which is much higher than market expectations and would drive companies in its supply chain to follow suit, TIER president Chang Chien-yi （張建一） told a news conference in Taipei.

The effect would create robust investment activity that would receive support from government efforts to bolster infrastructure and the ratio of renewable energy sources, Chang said.

The Taipei-based think tank expects a 4.8 percent increase in private investment, which is 0.19 percentage points higher than its prediction in November last year.

TSMC’s capacity is so tight that Germany, Japan and the US have reportedly asked the government to coordinate with the chipmaker to increase supply, TIER said.

Private consumption might grow 4.13 percent this year, even though international travel restrictions could persist through the third quarter, TIER said.

A stable economy, pay raises, a positive wealth effect linked to TAIEX rallies and a low comparison base would all lend support to private consumption, Chang said.

The institute expects exports to expand 4.83 percent and imports to grow 4.87 percent this year, as the world would gradually emerge from the COVID-19 pandemic with the help of vaccines.

Business sentiment for the manufacturing industry was 106.21 last month, up 3.24 points from one month earlier, gaining for the eighth consecutive month, as electronics, machinery and steel makers are upbeat about business, TIER said.

The climate reading shrank 0.02 points to 96.52 for service providers, the institute said, adding that shipping companies and insurers have a positive outlook, while others held flat views.