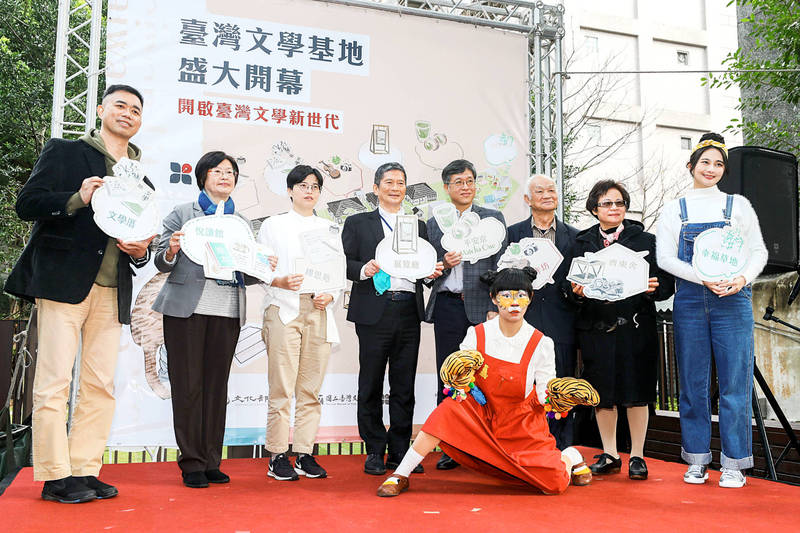 The Taiwan Literature Base （臺灣文學基地）, situated in the best-preserved Japanese colonial-era housing complex in Taipei, would be open to visitors from today, the Ministry of Culture said yesterday.

The newly restored site at No. 27, Jinan Rd Sec 2 in Zhongzheng District （中正） is an expansion of the Qi Dong Poetry Salon （齊東詩舍）, which has been run by the Tainan-based National Museum of Taiwan Literature （NMTL） since July 2014, the ministry said.

The space, which consists of seven historical buildings occupying an area of 300 ping （992m2）, would be a gathering place for authors, readers, publishers and critics, where creative energy would be concentrated, it said.

One of the buildings houses a permanent exhibition titled “The Birth of the Literature Base: A New Chapter of the Old Houses,” which details the site’s preservation, the ministry said.

Another is dedicated to children and picture books, as well as creative aging programs, it said.

One building, called the Muse Garden （繆思苑）, would serve as the living and working quarters of the site’s writer-in-residence, with writer Yang Shuang-tzu （楊?子） to be the first to move in, it said.

The Literature House （文學厝） is to display a special exhibition titled “The NMTL’s Archive Select Exhibition,” after which it would hold professional exchanges, it said.

Two of the buildings would be used as additional spaces for exhibitions and activities, while the last houses dessert shop Matcha One, the ministry said.

At the opening ceremony yesterday, Minister of Culture Lee Yung-te （李永得） described the establishment of the space as an “important milestone,” and said he hoped that new works of literature would originate from it.

The new space in Taipei builds on the Tainan museum’s outreach programs and is aimed at serving audiences in the northern part of the nation, NMTL director Su Shuo-bin （蘇碩斌） said.

Su said that he looks forward to the new arts and culture site demonstrating to the public the vitality of Taiwanese literature.

The Taiwan Literature Base is open Tuesdays to Sundays from 10am to 6pm.