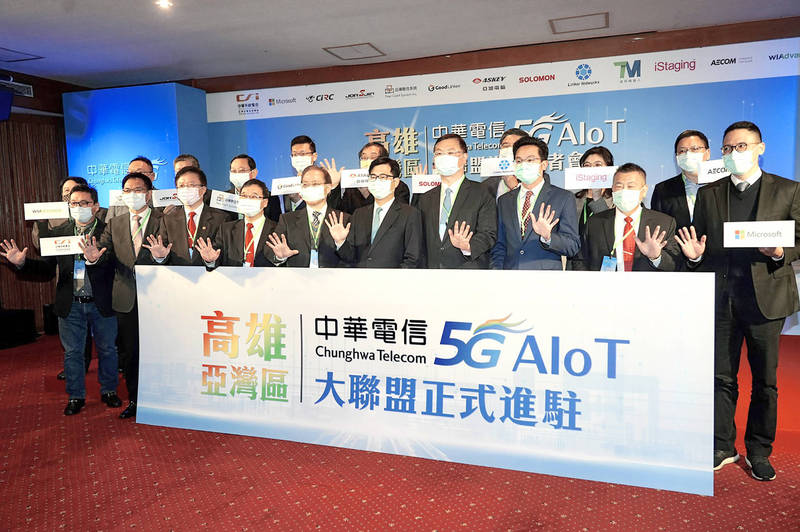 The investment is also aimed at developing new applications for 5G as part of the 5G AIoT （artificial intelligence of things） International Alliance, which the Kaohsiung City Government initiated on Nov. 30 last year, comprising the city government, some central government agencies, technology companies and telecoms.

Chunghwa Telecom was the first among the nation’s telecoms to obtain a 5G license from the government. It launched its 5G services on July 1 last year.

Chunghwa Telecom chairman Sheih Chi-mau （謝繼茂） told a news conference in Kaohsiung that its new investment would create more than 500 jobs over the next three years.

The project is a key part of Kaohsiung’s digital transition and would “let the world see Taiwan’s 5G capabilities,” Sheih said.

According to the company’s plan, Chunghwa Telecom would build a fiber-optic network in the Asia New Bay Area, construct cloud servers and create a 5G private network in the next three years.

The area would be a testing ground for new 5G applications, such as smart manufacturing, artificial reality/virtual reality, drone deliveries and other new applications, the company said.