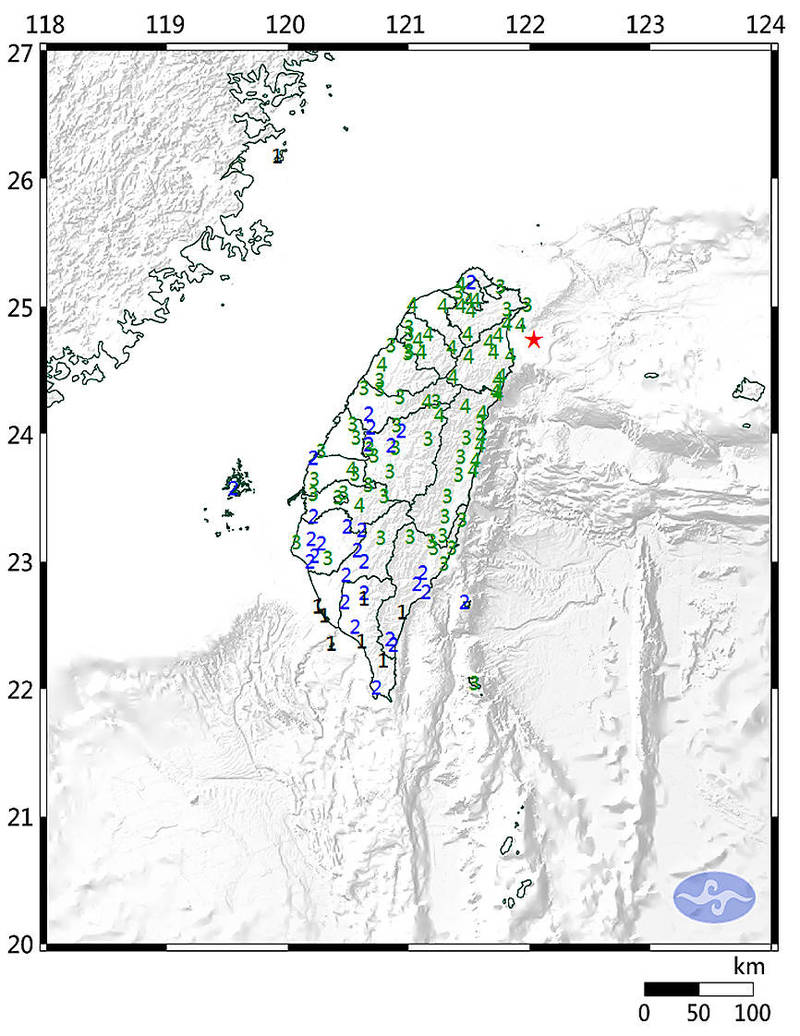 A magnitude 6.7 earthquake is indicated on a map with a red star off Yilan County. Photo: Screen grab from the Central Weather Bureau Web site

A magnitude 6.7 earthquake struck the east coast of Taiwan at 9:19pm yesterday. No casualties were reported as of press time last night.

Data from the Central Weather Bureau showed that the epicenter was 27.2km east of Yilan County Hall at a depth of 76.8km.

The largest intensity generated by the earthquake was Level 4 in Yilan County, Taipei, New Taipei City, Taichung and Taoyuan, as well as Chiayi, Hsinchu, Hualien, Miaoli, Nantou and Yunlin counties.

Level 3 intensity shaking was recorded in Kaohsiung, Keelung and Tainan, as well as Hsinchu and Chiayi cities, and Changhua and Taitung counties.

The earthquake was the largest recorded in Taiwan so far this year and the third of magnitude 6 or higher.

All of its lines had resumed normal operations by 9:36pm, it said.

The company had not reported any abnormalities as of press time last night.