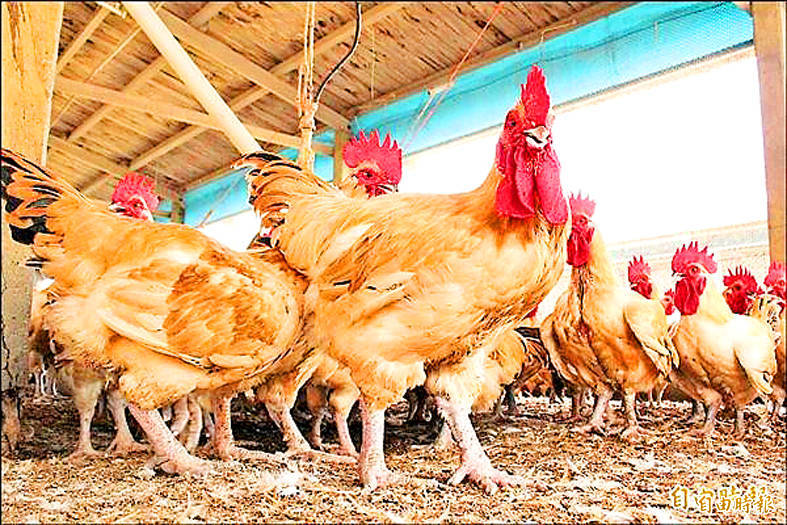 IN A NAME: A chicken breed developed by the COA and Kai Shing Food Corp was named after the founder of the nation’s first fast food chain, Kai Shing’s chairman said

A domestic chicken breed, named for the founder of TKK Fried Chicken, has piqued the interest of Uzbek officials, who might make their country the first overseas destination for the bird, the Council of Agriculture （COA） said yesterday.

Aripov had planned to visit Taiwan in May to gather more information about the breed, but canceled the trip due to the COVID-19 pandemic, Chang said.

Nonetheless, Aripov still plans to visit Taiwan in person to discuss introducing the breed to Uzbekistan after the pandemic subsides, he said.

Taiwan hopes to start exporting breeding eggs to the Central Asian country in the near future, he said.

If the deal with the Uzbek government is realized, it would be the first time that Taiwan’s colored native chickens are exported, he said, adding that the agreement is expected to stimulate the sales of other local breeds as well.

First introduced in 2016, the breed, known for its delicate meat texture, was cultivated by the council’s Livestock Research Institute and Kai Shing Food Corp.

Due to selective breeding, the chickens’ drumsticks are larger than ordinary, with their sales alone equaling those of the rest of the bird, COA Minister Chen Chi-chung （陳吉仲） said.

As Taiwan remains an area affected by avian influenza, it is not allowed to export chicks and can only export breeding eggs that have been disinfected, as stipulated by World Organization for Animal Health regulations, Chang said.

Chickens bred from the eggs would not be able to produce offspring, which means that foreign importers must continue purchasing eggs from Taiwan, he added.

Although the black chicken breed originated in China, after years of crossbreeding there, it is no longer similar to the version in Taiwan, he said, adding that some Southeast Asian countries have expressed interest in importing it.