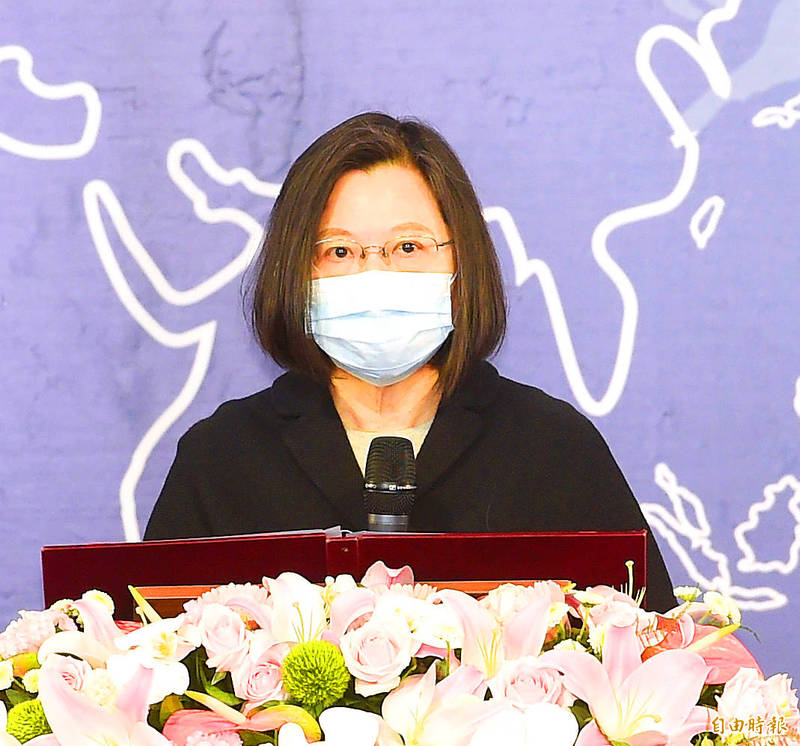 Taiwan has made considerable progress in improving its human rights situation, President Tsai Ing-wen （蔡英文） said yesterday at an event marking World Human Rights Day on Thursday, with victims of political persecution among the audience.

The ceremony took place at the National Human Rights Museum and the Jing-Mei White Terror Memorial Park in New Taipei City, which was formerly a prison run by the Taiwan Garrison Command to incarcerate political dissidents.

“Taiwan has seen concrete progress in transitional justice in the past few years. People from across generations have joined the effort, achieving positive results for transitional justice, as well as to strive for more vigorous protection of human rights. These will ensure that our freedom and democracy will last into the future,” Tsai said.

“These efforts and progress can help us face the suffering and agony of the past, and resolve to never repeat history. Then we can join together to advance forward and build a common future,” she added.

Tsai listed her administration’s accomplishments in carrying out transitional justice, such as the establishment of the Transitional Justice Commission to investigate past institutional abuses and atrocities against people to restore justice and truth, overturn wrongful convictions against victims, and disclose secret government files.

Tsai pointed to the establishment of the National Human Rights Museum two years ago to promote human rights education and document Taiwan’s progress from authoritarianism to a democratic society.

“People can see the positive results of human rights education, and also exhibits and research work at the museum. It has undertaken multifaceted programs to combine arts, literature, music and other forms to disseminate the concept of human rights in people’s daily lives,” she said.

Tsai also lauded the establishment of the National Human Rights Commission on Aug. 1, an independent agency of the Control Yuan that is tasked with probing rights violations, reviewing the implementation of human rights policies and presenting national reports on human rights.

Control Yuan President Chen Chu （陳菊） was previously a victim of political persecution, so she has empathy for the victims and their families, and for their burden of pain and pressure, Tsai said, adding: “Under Chen Chu’s leadership, I believe the commission can strengthen the protection of human rights, and pass [it] on to our future generations.”

In her address, Chen said she wants to “thank the many respected elders and victims of political persecution who came before me, because they refused to succumb under the past authoritarian one-party state. It is they who enabled Taiwan to have the energy to fight for our freedom and democracy.”

“To them and their families who suffered together, we are grateful for their agony and sacrifice — they helped make Taiwan a land of beauty and freedom — and for attaching great importance to human rights protection,” Chen said.