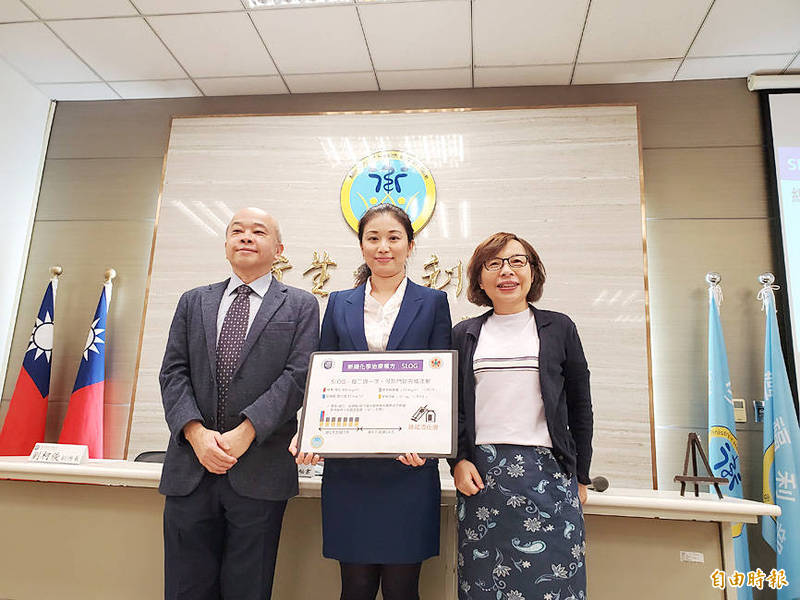 TARGETED RESEARCH: Some methods of chemotherapy can have adverse effects on Asians, which led researchers at the NHRI to focus on a regimen geared toward Asians

The National Health Research Institutes （NHRI） has developed a combination chemotherapy regimen to treat pancreatic cancer that reduces the side effects and extends survival to nearly a year, it said yesterday.

PDAC is a highly fatal disease, and as pancreatic cancers often do not show symptoms early in their onset, they are often only detected after they have grown large or spread outside the pancreas, meaning that 80 to 85 percent of patients are in the advanced stages of the disease at their time of diagnosis, Chiang said.

The overall five-year survival rate of PDAC is lower than 5 percent, and systemic chemotherapy is the standard treatment for patients with unresectable advanced or metastatic pancreatic cancer, she said.

The median overall survival of patients with metastatic pancreatic cancer who received first-line gemcitabine monotherapy is three to six months, but newer combination chemotherapy regimens — such as folinic acid （also known as leucovorin）, fluorouracil, irinotecan and oxaliplatin （FOLFIRINOX）, and nab-paclitaxel plus gemcitabine （AG） — extended the median overall survival to about eight-and-a-half to 11 months, Chiang said.

Although FOLFIRINOX and AG are more effective than monotherapy, they are associated with a higher degree of hematological toxicity and neutropenia, especially in Asians, she said, adding that their team tried to find other regimens better suited for Asian patients.

Some patients are less willing to tolerate the side effects of chemotherapy, but reducing the chemotherapy dosage might also reduce its efficacy, so the institute has been pursuing better solutions for several years, National Institute of Cancer Research deputy director Liu Ko-jiunn （劉柯俊） said.

The researchers spent four years coming up with the SLOG regimen — a fixed-rate infusion （10mg/m2 per minute） of 800mg/m2 of gemcitabine, followed by 85mg/m2 of oxaliplatin once per two weeks, and an oral dosage of S-1 and 20mg/m2 of leucovorin twice per day in the first seven days of a two-week cycle, Chiang said, adding that it can be used as a first-line treatment for PDAC.

Researchers found that the median overall survival of patients on the SLOG regimen was 11.4 months, the tumor shrinkage rate was above 30 percent, and the gastrointestinal side effects and rates of neutropenia were also reduced, Chiang said.

The biweekly treatment is a feasible regimen with promising effects and safety for patients with advanced PDAC, and it has been included in the clinical practice guidelines in several hospitals, she said.

The team’s research was published in the European Journal of Cancer last month.