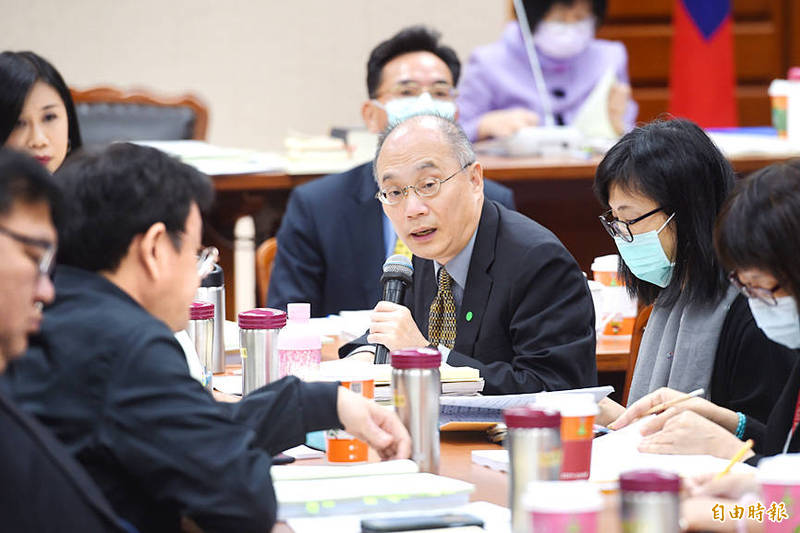 At a meeting of the Legislative Yuan’s Education and Culture Committee in Taipei to review the museum’s budget for next year, lawmakers asked Wu to respond to rumors that have spread during the past week about possible changes to the museum.

Before the budget review session began, Chinese Nationalist Party （KMT） Legislator Wan Mei-ling （萬美玲）, a convener of the committee, in her opening remarks called on Wu to address concerns that if the museum were to undergo a status change next year, it could affect the execution of the proposed budget.

Some of the news reports on the issue have been “completely misleading,” Wu said.

While the Executive Yuan has asked him about how other countries handle administrative arrangements for important museums such as the National Palace Museum, a name change was never discussed, he said.

The budget proposed by the museum was based on the tasks it expects to carry out next year under the existing situation, Wu said.

However, even if the museum were to be reassigned to the Ministry of Culture, those tasks would remain the same, he added.

Responding to Wan’s question about whether he would stay on as director of the museum if it is reassigned, Wu said that it would be decided by whoever holds the power to appoint the director.

That power currently lies with the premier, he added.

Minister of Culture Lee Yung-te （李永得） also said that there have been no discussions about changing the name of the museum.

There was also no issue of a “desinicization” of the museum, he said, adding that regardless of the museum’s organization, its global status would remain unchanged.

KMT Chairman Johnny Chiang （江啟臣） wrote on Facebook on Sunday that he did not agree with rumored plans to change the administrative status of the museum.

He described a possible reassignment of the museum to the Ministry of Culture as a “downgrade,” and said that KMT lawmakers would ask government officials to explain why a change was needed.