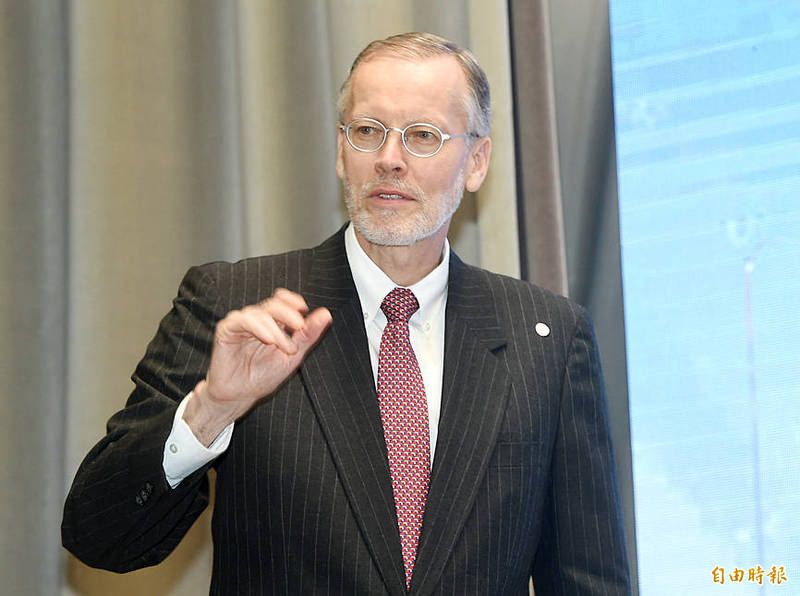 BIG SPENDER: Planned US arms sales to Taiwan this year total US$11.8 billion, the most the nation has spent on US arms in a single year, the AIT director said

By Peng Wan-hsin and William Hetherington / Staff reporter and staff writer, with CNA

Arms sales to Taiwan have bipartisan support in the US and are an implementation of the US’ Taiwan Relations Act （TRA）, American Institute in Taiwan （AIT） Director Brent Christensen said yesterday.

Christensen made the remarks in a speech at a forum hosted by the Association of International Relations in Taipei.

Planned US arms sales to Taiwan this year amount to US$11.8 billion, which is the most Taiwan has spent on US arms in a single year, Christensen said, adding that US$5.2 billion of arms sales are already planned for next year, with more procurement opportunities expected.

Referring to two declassified documents posted by the AIT on its Web site in August regarding the 1982 communique between China and the US and the “six assurances” to Taiwan laid out by the administration of then-US president Ronald Reagan, Christensen said the US would continue to fulfill its obligations under the TRA.

Christensen also praised Taiwan’s prevention efforts against the COVID-19 pandemic, adding that a joint statement signed by Taiwan and the US in March on bolstering US-Taiwan consultation and cooperation on combating COVID-19 demonstrates the two countries’ determination in the fight against COVID-19.

Taiwan is a trusted partner for 5G telecommunications technology, with five of the country’s service providers listed in US Secretary of State Mike Pompeo’s Clean Network program, which seeks to prevent Chinese technology from entering the US’ 5G networks, he said.

Students studying Mandarin could take courses in Taiwan, rather than in China, and Taiwanese seeking to study abroad could consider studying in the US, he said.