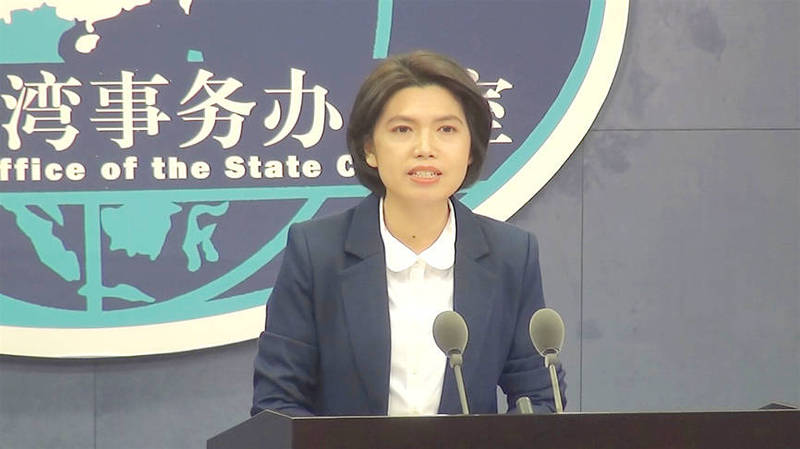 ESPIONAGE CHARGE: A TAO spokesperson said that the rights of Shih Cheng-ping were ‘fully safeguarded’ during the hearing, which handed him four years in prison

The ruling came a month after Shih made a televised “confession” on state media.

Shih — who vanished after traveling to China in August 2018 — was among Taiwanese who China Central Television （CCTV） last month showed confessing to spying.

CCTV often broadcasts suspects admitting to crimes, even before they have appeared in court — a practice that has long been condemned by lawyers and rights organizations as forcing confessions under duress.

Shih said in the interview that he had passed information from a Chinese think tank to Taiwanese authorities in exchange for money, and that he hoped his experience would serve as a “warning” to others in Taiwan.

TAO spokeswoman Zhu Fenglian （朱鳳蓮） yesterday said that a court in Anhui Province had sentenced Shih to four years in prison, a year after China first said it was investigating Shih on national security grounds.

Zhu also said that China was in the process of compiling a watch list of Taiwan independence supporters, without providing any details.