《TAIPEI TIMES》 Rights of accused to be respected: minister 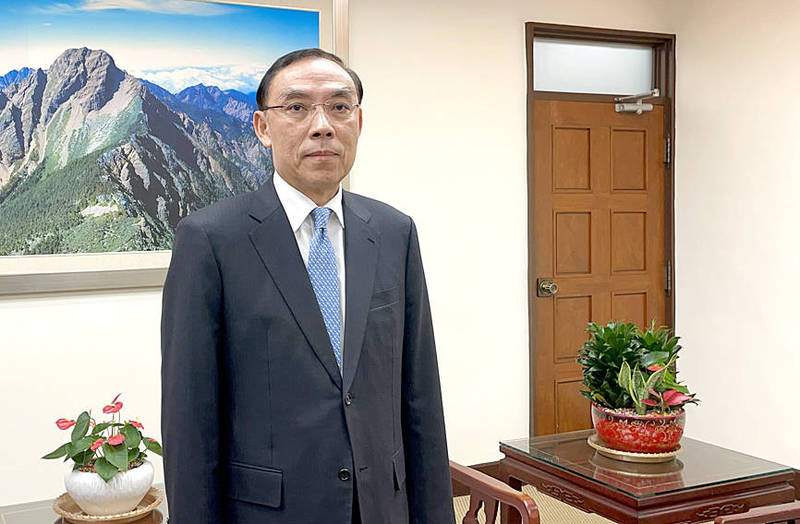 Minister of Justice Tsai Ching-hsiang yesterday comments on a request from the family of a female Malaysian student killed last month in Tainan for the extradition of her suspected killer, calling the request understandable. Photo: CNA

JUSTICE: Legal precedents must be followed, Tsai Ching-hsiang said, as the family of a Malaysian victim called for the death penalty or extradition of the suspect

Minister of Justice Tsai Ching-hsiang （蔡清祥） yesterday said that the authorities would respect the rights of the accused, after the family of a Malaysian student who was killed last month called for the death penalty or extradition, as well as state compensation.

The parents of the victim, a Chang Jung Christian University student surnamed Chung （鍾）, on Monday convened a news conference in Sarawak, Malaysia, to announce their plan to sue for negligence and compensation.

They said they have enlisted Taiwan Bar Association president Lin Ruey-cherng （林瑞成） to file the suit on their behalf in Taiwan.

The family’s lawyer in Malaysia, Yap Hoi Liong （葉海量）, said that if Taiwan does not sentence the accused to the fullest extent of the law, then the family would do whatever it takes to extradite him to the Southeast Asian nation to stand trial.

Lin yesterday declined to comment, saying only that he would begin discussions regarding state compensation after the investigation closes.

Tsai told the Central News Agency that he can understand the family’s wishes, but must also respect the rights of the accused, Kaohsiung resident Liang Yu-chih （梁育誌）, who allegedly confessed to the murder during questioning on Oct. 30.

As for extraditing Liang to Malaysia, Tsai said that whatever actions are taken must follow legal precedent.

Liang is to stand trial in Taiwan, and the prosecution is to investigate and recommend punishment according to the law, he added.

Regarding compensation, Tsai said that such lawsuits follow a designated procedure.

The Ciaotou branch of the Association for Victims Support took action immediately after the incident, helping Chung’s parents travel to Taiwan, Tsai said, adding that the government-sponsored association offers compensation similar to that distributed by the state.

The association told local media that it has not yet received an application for compensation from Chung’s family, which is estimated by some law experts to be about NT$1.7 million （US$58,964）.

Asked about the family’s demands, Premier Su Tseng-chang （蘇貞昌） told reporters that the murderer would be punished severely in accordance with the law.

Everyone is aware that under the rule of law in Taiwan, people who commit a crime within the nation’s borders are strictly dealt with according to the law, he said.

Su added that he sympathizes with the family and again offered his apologies, saying that the murderer would definitely receive a severe punishment.

An expert familiar with international legal assistance said that Taiwan has jurisdiction over this case.

Taiwan and Malaysia do not have extradition treaties or provisions, the expert said, adding that such a request would be denied under Article 4 of the Law of Extradition （引渡法）, which protects Republic of China citizens from extradition.

State compensation follows the principle of advance negotiation, meaning that the compensatory authority — in this case the Tainan City Government — must first negotiate with the family of the victim, they said.

Only if they fail to reach an agreement would the matter enter litigation, they added.

Yesterday, Yap said that investigators have yet to contact the family’s legal team, calling on President Tsai Ing-wen （蔡英文） to keep prosecutors from burying the case.

Under Article 15 of the State Compensation Law （國家賠償法）, authorities are obligated to communicate with the family, even though they are foreign claimants, Yap said.

The president should ensure that autopsy and post-mortem procedures are reported accurately, Yap said, adding that he hopes the family will receive the investigative report within a month.

Huang added that he hoped the court would hand down a verdict that meets public expectations.