《TAIPEI TIMES》 Ractopamine not in all US pork, Chen Shih-chung says 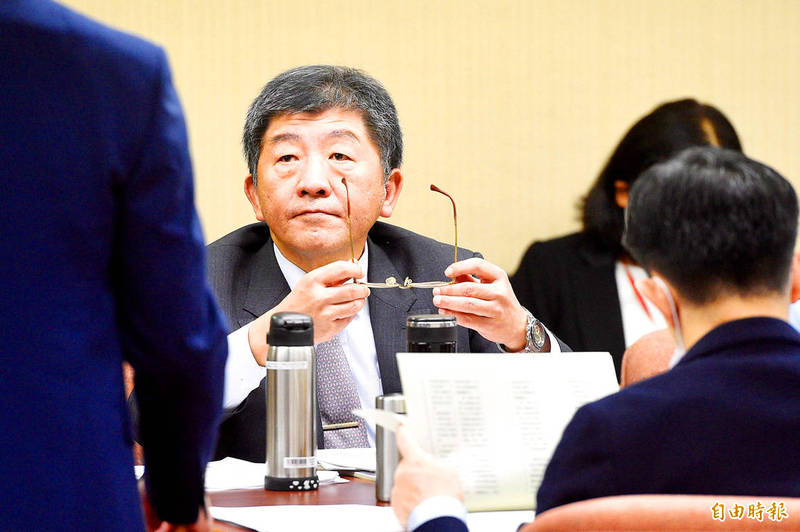 Minister of Health and Welfare Chen Shih-chung attends a meeting of the Social Welfare and Environmental Hygiene Committee yesterday at the Legislative Yuan in Taipei. Photo: George Tsorng, Taipei Times

DOUBLE-EDGED SWORD: About 80 percent of US pork does not contain the additive, but Taiwanese might reject all US pork, the minister of health said

Not all US pork contains ractopamine and just because pork contains the additive does not mean it is poisonous, Minister of Health and Welfare Chen Shih-chung （陳時中） said yesterday.

Chen made the remark at the Legislative Yuan in response to requests for comment on the annual “Autumn Struggle” （秋鬥） labor protest march, which on Sunday focused on rejecting the government’s plan to allow imports of US pork containing ractopamine, from Jan. 1.

The Chinese Nationalist Party （KMT） and the Taiwan People’s Party joined in support.

The Consumers’ Foundation has also said that more than 140,000 people had signed its petition against allowing imports of pork containing the drug.

The rally’s organizers said that more than 50,000 people attended the march, although Chen said it was uncertain if that many people opposed ractopamine pork.

“In addition, the protesters were expressing their concerns on multiple issues, so we cannot say that all 50,000 people were against one certain policy,” he said. “Nonetheless, we will respect the expression of public opinion.”

The government is responsible for ensuring food safety and would require country of origin labeling for meat imports, he said, adding that it would also respect people’s economic behaviors.

At a meeting of the legislature’s Social Welfare and Environmental Hygiene Committee, KMT Legislator Chiang Wan-an （蔣萬安） said that pork containing ractopamine residue only makes up about 22 percent of the US’ total pork production, but if Taiwan plans to only request country of origin labeling on imported pork, it might cause Taiwanese consumers to reject all US pork.

Chen said that the government hopes that US authorities would understand that allowing imports of US pork containing ractopamine might not necessarily benefit US pork exports, as Taiwanese consumers might be suspicious of all US pork, including the nearly 80 percent without the additive.